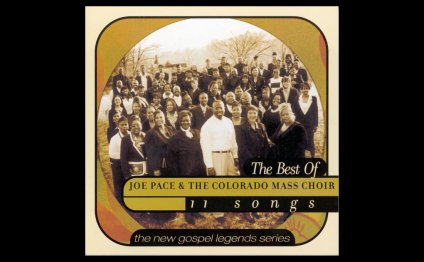 Colorado Mass Choir, under the direction of acclaimed songwriter/producer Joe Pace, has evolved into one of gospel music's most popular choirs. The choir, formed in 1995 out of a community-wide choral workshop that took place in Colorado Springs, CO, is comprised of over 60 members from 35 different churches throughout the state. The choir became an instant success through their 1995 debut album for Verity Records, Watch God Move. The album yielded such popular songs as the title track "Watch God Move, " "Still Have Joy, " and the smash hit "Stir Up the Gift." The choir was richly rewarded for the success of this album, receiving a Stellar Award for New Artist of the Year in 1997, as well as four GMWA Gospel Music Excellence Award Nominations in 1997 in the categories of Album of the Year, New Artist of the Year (Contemporary), New Artist of the Year (Traditional), and Song of the Year for "Stir Up the Gift." The accolades continued to roll in with the choir's sophomore project, the 1998 release entitled So Good. The project featured a number of special guests, including Kim Rutherford, who appears on the track "At the Cross"; the husband/wife duo Angelo & Veronica, who are featured on "Yes He Loves Me" with Veronica going solo on the track "Bless His Holy Name"; and Min. Kenneth Wells, who was the vocal catalyst behind the hit "Stir Up the Gift, " taking the reigns on the track "He Takes Care of His Own." The album ended up receiving four Stellar Award nominations in 1999 for Choir of the Year, Traditional Choir of the Year, Traditional Album of the Year, and Producer of the Year, (Joe Pace), along with two Dove Award nominations for Traditional Album of the Year and Traditional Song of the Year for the titled track, "So Good." Joe Pace and the Colorado Mass Choir would eventually release two more albums on the Verity label, the 1999 release God's Got It, which featured a guest vocal appearance by award-winning artist/songwriter/producer Fred Hammond, and the 2001 compilation Joe Pace and the Colorado Mass Choir - The Greatest Hits. Also in 2001, the choir inked a recording deal with Mobile, AL-based praise & worship label Integrity Music and released their debut project for the label, entitled Glad About It. ~ Tim A. Smith 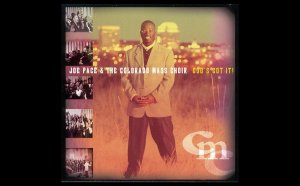 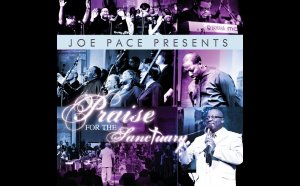 As part of Verity Records gospel legends series, the label presents yet another emotion-packed choir collection whose music…