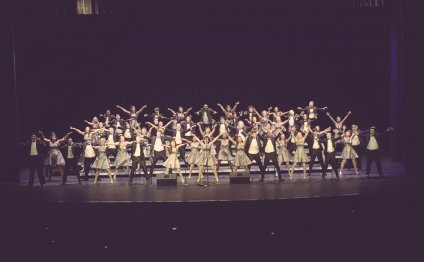 The Athletic Department serves as an integral part of Albertville High School, and its mission is to educate the whole person. Each coach is considered an educator who aids in the physical, social, intellectual, and emotional growth of each and every student who chooses to participate. Athletics are co-curricular elective activities where participation is contingent upon meeting criteria consistent with the mission and standards of the AHSAA, Albertville High School. Additionally, each team reserves the right to limit the number of participants on the basis of roster size and / or skill level.

Under the direction of Scott Rains since its inception, this nationally recognized show choir has grown from a small group performing a medley of songs to the present cast of 54 singer/dancers along with a full band and stage crew. CenterStage! has also been recognized by the Alabama Senate as Ambassadors of Fine Arts in the state of Alabama. Members and their families will travel this year to Ohio, Mississippi, Tennessee, Illinois, and Alabama, allowing our students to compete nationwide and to make connections with students from all over the country. CenterStage! was at the top of their competitive game in the 2009 season as they performed their show “Days of Future Past.” The mix of traditional theatrical production and modern show choir choreography has brought great success to CenterStage! both locally and throughout the country.

CenSations! was created in the fall of 2008 due to the overwhelming number of performers in the high school and middle school choral programs. The CenSations! debut season was an outstanding success as the 60+ choir, band, and crew members performed their show "There and Back Again" to full audiences throughout the south, winning critical acclaim at each of the three competitions they entered. The CenSations! members look forward to their 2009-2010 season and performing in their new fine arts center. They are under the direction of Scott Rains.