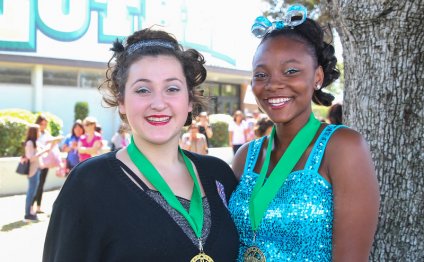 In Sync is Burbank High School's premier show choir, competing throughout California and the United States in the Advanced Mixed Division. In Sync is well known nationally, and is regularly ranked among the top 5 show choirs in the country. In recent years, they have become known for their innovative and emotionally charged performances, with stories, characters and music that take show choir to the next level.

Impressions competes in the Advanced Women's Division, and travels together with In Sync when Burbank High School choirs compete nationally. With beautiful vocals and advanced choreography, Impressions delivers memorable and award winning performances wherever they compete.

Sapphire is the Vocal Music Association's newest choir, and was created just six years ago to address the growing popularity of show choir at Burbank High School. This high-spirited Intermediate Women's Choir features many of the younger voices of the Vocal Music program, and competes successfully throughout Southern California.

Representing the Advanced Men's Division, Sound Dogs is comprised of all the male performers from Out Of The Blue and In Sync. With a unique, tongue-in-cheek appraoch to show choir, Sound Dogs has the uncanny ability to deliver award winning vocal performances while leaving their audiences howling with laughter. They are the very definition of crowd pleaser, and were recently seen wearing women's undergarments and carrying spears. 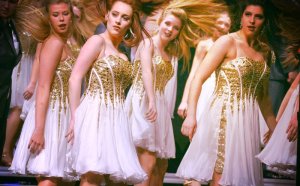