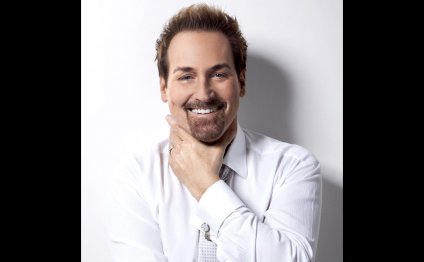 Singer Alicia Olatuja wowed everyone at the 2013 presidential inauguration with her solo during the Brooklyn Tabernacle Choir’s performance of “The Battle Hymn of the Republic.” She’s already earned raves from the New York Daily News and on the View, and with the Choir’s album released on iTunes, and a single "In The Dark" released on March 5 from Alicia’s own forthcoming CD, things are only looking up for her career.

Alicia Olatuja’s reputation has been growing since her arrival in New York in 2005. The New York Times praised her performance with her husband, bassist Michael Olatuja, in their band The Olatuja Project, lauding her “strong, lustrous tone.” The Olatuja Project, where Alicia sings in various African dialects such as Yoruba and Shona, recently released their debut album, the Promise.

Alicia has sung with the Brooklyn Tabernacle Choir since 2007, often performs as a soloist with the Juilliard Jazz ensemble, and has sung with various recording artists such as Christian McBride, Chaka Khan and Bebe Winans. She has recently released her solo debut album, titled Timeless, on which she is joined by such acclaimed jazz artists as 3-time Grammy©-Award winner McBride and husband Michael Olatuja (both on bass), Jon Cowherd and two-time Grammy ©-nominee Christian Sands (both on piano), Grégoire Maret on harmonica, Ulysses Owens, Jr., on drums and David Rosenthal on guitar.

Alicia Olatuja is also a voice teacher, a vocal producer, and teaching artist for the Brooklyn Arts Council.

While the 2013 Presidential Inauguration ceremonies may have featured such A-list talent as Beyonce and Kelly Clarkson, Jennifer Hudson and Alicia Keys, it’s the voice of a classically trained mezzo-soprano who has drawn the most critical acclaim. On the edition of The View that aired the day after the inauguration, co-host Elizabeth Hasselbeck raved about Alicia Olatuja’s “breathtaking” voice...even though she admitted she didn’t know the singer’s name. However, it won’t be long before her name has much more of a familiar ring to it.

In fact, the 30-year old Alicia Olatuja’s reputation has been growing since her arrival in New York in 2005. The New York Times praised her performance with her husband, bassist Michael Olatuja, in their band The Olatuja Project, lauding her “strong, lustrous tone.”

Although Alicia’s solo ran for only one minute of the Choir’s nearly five minute long performance, it resulted in several radio interviews, magazine articles praising her performance, an appearance on WNBC New York’s The Debrief with David Ushery, and a feature in the New York Daily News, which began by stating, “Brooklyn gave birth to a new musical star at Monday’s inauguration.”

Originally from St. Louis Missouri, Alicia Olatuja is a Vocal Performance graduate of the Manhattan School of Music Masters program. She made her recital debut at Carnegie Hall and her professional debut as Sacagawea in the World Premiere operetta Corps of Discovery at the Opera Memphis and has also performed selected scenes at Carnegie Hall and The Kennedy Center.

In 2011, Alicia performed as Sophie in the world premier of the dramatic work by Tony-nominated composer Elizabeth Swados, "From the Fire, " both in New York and when the play was presented at the Fringe Festival in Edinburgh Scotland where it won awards for best score, best musical production, and most promising musical. 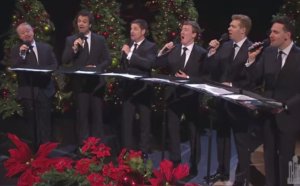 The Mormon Church has considered music a vital part of worship from the very beginning. Early headquarters of the Church…