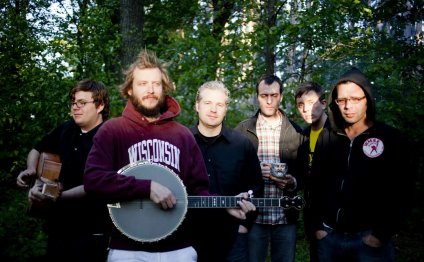 The early formation of the band dates back to the mid 2000’s, before Bon Iver had blown up to become the band we know now, when Vernon decided he wanted to begin work on a side project, away from his main band. He began collaborating with members of different bands, including Jon Mueller of Death Blues and Thomas Wincek of All Tiny Creatures. The band named themselves after their favourite brand of vaporizer, called “The Volcano”.

In 2008 the band recorded their debut album “Unmap”. There was generally a high level of anticipation from indie fans, as the timing of the release was to follow hot on the heels of Bon Iver’s hit album “For Emma, Forever Ago”. The album was well received by critics, noting Vernon’s ability to change his vocal style for Volcano Choir, separating it from his previous work that year, but still keeping his signature style, sounding like you were sat in a cabin in some snowy woods in a far away land.

After a number of years, which involved touring for both of Vernon’s bands, Volcano Choir returned with their highly awaited sophomore album, “Repave”. The album was released in 2013, after a lengthy three-year recording process. For this project Vernon elected to purely use his voice as an instrument, and left the rest of the recording to the band, citing the poet Charles Bukowski as an influence. The album reviewed well, drawing comparisons to the midwestern sounding second album Vernon had made with Bon Iver.