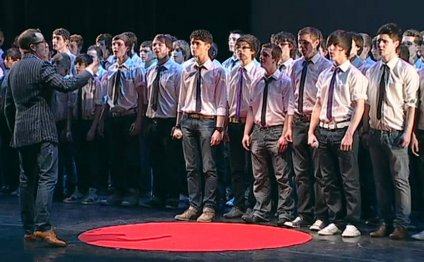 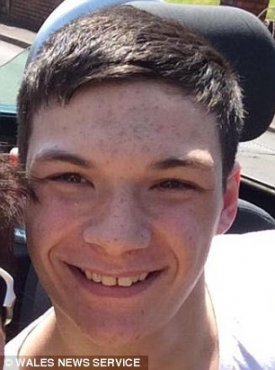 Ryan Howell, 18, (left and right) who came third on Britain's Got Talent with his choir, has died of bone cancer

Speaking ahead of his funeral, his grieving mother Donna, 43, said: 'He liked to make people laugh. That was his goal. He had an infectious smile.'

He was taken to the Royal Gwent Hospital, where she added that he died in her arms. 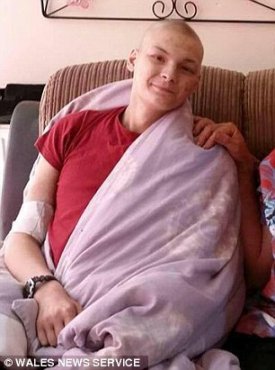 Ryan was diagnosed with a type of bone cancer called Ewing sarcoma in July 2014, just two years after he appeared on the ITV show.

Before his collapse, he was being treated at Velindre Hospital cancer centre in Cardiff, where friends organised a concert to raise funds at the hospital just days after he died.

Kylie McKee, Velindre hospital's deputy head of fundraising, said: 'I assumed that, given the sudden passing of Ryan, the atmosphere at the event would be very sombre but it was far from it.

'The room was packed full of people in their country and western costumes, dancing and chatting away.

The baritone was a member of Only Boys Aloud, who performed in front of millions on the national variety show

Fellow members of Only Boys Aloud dedicated a live performance to their friend during a performance on Saturday. They are pictured in 2012 performing at Children In Need

'Everybody I spoke to said the same thing, "It's what Ryan would have wanted. He would have loved this tonight".'

She said: 'We are deeply shocked and saddened by it.'

Fellow members of Only Boys Aloud dedicated a live performance to their friend while they gave a performance on Saturday.

The singers, pictured on the stage of the reality show, came third in the TV competition 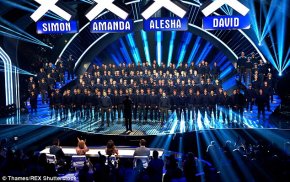 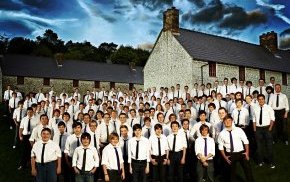 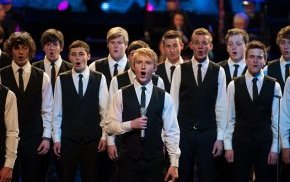 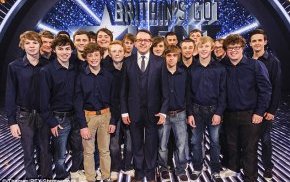 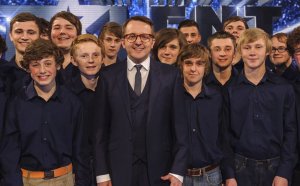 And next month, the Welsh choir group, who range in ages from 14-19, will release their self-titled debut album. Masterminded…