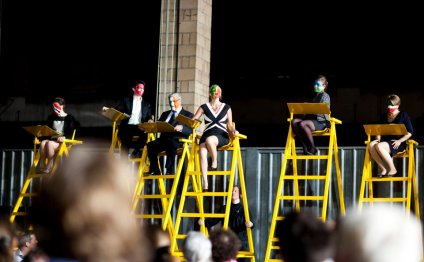 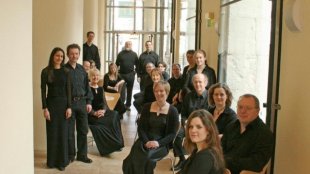 From its home in Birmingham, Ex Cathedra has established an international reputation as a leading UK choir and Early Music ensemble.

It is known for its passion for seeking out the best, the unfamiliar and the unexpected in the choral repertoire, for its through research and for its dynamic performances. Founded by Jeffrey Skidmore in 1969, Ex Cathedra has grown into a unique musical resource, comprising specialist choir, vocal consort of 8-12 voices, period-instrument orchestra and thriving education programme.

Ex Cathedra presents a series of concerts in Birmingham, where it is an Associate Artist at Town Hall, and is delighted to receive invitations to appear at festivals and concert series across the UK and Europe. Recent performances include the Aldeburgh, Aranjuez, Canterbury, Chelsea, Chichester, Kilkenny, Lichfield, Lufthansa, Newbury Spring, Poissy, Santiago de Compostela, Salisbury, Stratford, St David?s and Three Choirs festivals.

Ex Cathedra has made a number of critically acclaimed recordings for Hyperion, ASV, and on its own label. 2009 releases include Bach’s St Matthew Passion, a live recording sung in English of the 2009 Good Friday performance at symphony Hall, and Joy in the morning, an anthology of Christmas music, both with Orchid Classics. A recording of Lassus’ St Matthew Passion with SOMM Recordings will be available in 2010.

Jeffrey Skidmore has developed a reputation with Ex Cathedra for inspiring audiences with exciting programming which challenges but is always accessible. Recent years have seen: large-scale recreations of landmark moments from Birmingham?s history, such as Messiah 1784 and Elijah 1846; the launch of Ex Cathedra?s third programme of Latin American Baroque music, Fire Burning in Snow; and a diverse range of repertoire from Lassus to MacMillan – including several world premieres, such as John Joubert?s oratorio Wings of Faith. 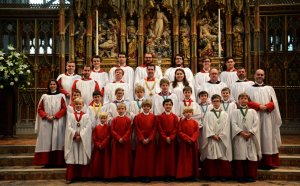 St Paul s benefits from a fine choral tradition, led by our own talented choirs, who lead much of the worship, concerts and…