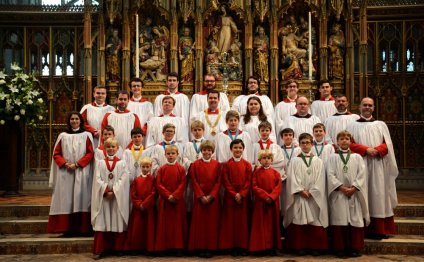 St Paul's benefits from a fine choral tradition, led by our own talented choirs, who lead much of the worship, concerts and other events here.

The Cathedral Choir
Resident at St Paul's throughout most of the year, the Cathedral Choir consists of 30 boy treble Choristers, eight probationers and 12 Vicars Choral - all professional adult singers who sing alto, tenors and bass.

At the heart of the Choir's being is the singing of Choral Evensong each day, with Choral Mattins and Sung Eucharist on Sundays. As well as this traditional routine, the Choir frequently gives concerts and broadcasts, as well as producing critically-acclaimed recordings and touring across the world.

St Paul's Cathedral Consort
The Cathedral Consort was formed in response to the large number of extra services and evening events which take place at St Paul's. It consists of the Vicars Choral and our team of professional sopranos.