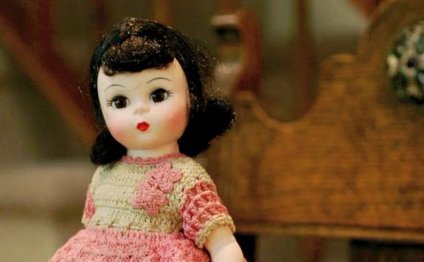 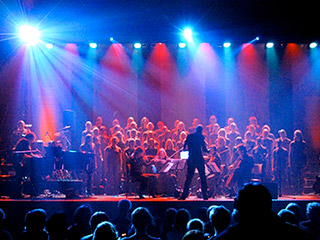 The latest trailer for The Social Network, director David Fincher’s Facebook movie, set the blogs afire yesterday – not least because of the eerie choral cover of Radiohead’s 1993 hit “Creep” that soundtracks its opening images of friend requests and status updates. So who’s that singing?

Reports have identified several contenders. A rep for Columbia Pictures confirms that the correct answer is Scala and Kolacny Brothers, an otherwise little-known Belgian women’s choir (pictured) headed by conductor Stijn Kolacny and pianist Steven Kolacny. “Creep” appeared on 2002’s On the Rocks, their first collection of rock and pop covers. Tunes by Nirvana, Muse, Kylie Minogue, and Wheatus also got the choral treatment on that disc.

Check out the full version of Scala and Kolacny Brothers’ “Creep” after the jump (brief NSFW language), followed by that Social Network trailer. An inspired choice, no? I bet Social Network co-star and noted Radiohead enthusiast Justin Timberlake was feeling it.