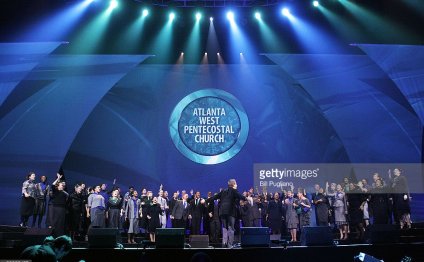 Conductor John Eliot Gardiner's Monteverdi Choir has been named the best choir in the world by Gramophone magazine.

Courtesy of the Monteverdi Choir

With an estimated 42.6 million people singing in American choirs today, there are bound to be a few voices raised in opposition to a new article in the magazine Gramophone that hits the U.S. newsstands this week.

Titled "The 20 Greatest Choirs, " the article ranks the world's best ensembles, and finds America lacking. There isn't a single U.S. group on the list. Indeed, most of the choirs that made the rankings were British. Which led me to wonder: Are English choirs really that much better than those everywhere else? And why isn't there a single American chorus listed?

To find some answers, I sought out James Inverne, the editor of article (scroll down past the opening essay). And please leave your thoughts in the comments section.

Tom Huizenga (NPR): What gave you the idea to rank the world's choirs in the first place?

James Inverne (Gramophone): It seemed to me that there's a real excitement around choirs at the moment, as well as a great feeling of what you might call social relevance. Of course, I'd argue that all great music and art has relevance, but in the U.K. and elsewhere, choirs have been bringing together fractured and disadvantaged communities, acting in some measure as a unifying force in society. So, there have been various TV shows and the like that have arisen from this, and they in turn have increased that interest.

Also, a couple of years ago, Gramophone ran a "World's Best Orchestras" feature that attracted a huge amount of attention in the media and among music lovers. It's still regularly cited pretty well every month, even today. I had been hesitating to run a follow-up, as doing these things for the sake of it can make them seem trivial, but this seemed like the right project and the right time.

TH: There seems to be something hardwired in us that craves rankings and Top 10 lists, isn't there? Can we think of this new ranking as a kind of Consumer Reports for Choirs?

JI: Yes, with a couple of caveats, it's as close as we can get to it with something as non-scientific as artistic performance. We put together a jury of 13 of the world's leading authorities on the subject, so you're getting as informed a balance opinion as it's possible to get. My two caveats though, are that — firstly — I asked the jury to base its voting on recordings above all, given that choirs tend to be more local and travel less than, say, orchestras. And so there are a couple of magnificent choirs who haven't recorded for a while, such as St. Johns of Cambridge, who miss out because of that. If we ran the poll again in a year St. Johns could well have made it in and made it to a high place. My second slight red flag would only be to point out that the standard here is exceptionally high — we're talking about the elite of the elite — and there are many other choirs who one might justifiably consider in the highest league for choirs. Whoever came in at No. 22 might not have made our published list, but they're still going to be one heck of a choir.

And yes, you're right that we seem to love lists. I think that's partly about wanting to seek out and experience the best, and partly what we Brits would call "pub argument syndrome" — fans of any kind love discussing and arguing over rankings. But that's not a bad thing because it keeps us engaged, and hopefully this will provoke and inspire people to go and discover some wonderful choirs and choral recordings!

TH: You mentioned your previous list of the world's best orchestras. That sparked a bit of controversy, and I'm assuming this choirs list will also. For instance, out of the 20 choirs ranked, there isn't a single American choir. I can hear a collective "ouch" being groaned by many of our 42 million choristers in this country. Why did no American choirs make your list?

JI: Yes, that's an interesting one. There was an American contigent on our jury, for the record! I think some of it can be explained by the fact that not many of the leading American choirs seem to record regularly. But I'd also say that there's nothing like the depth of choral tradition in the U.S. that there is in the U.K., thanks to the Anglican church. The sheer volume and intensity of the activities of the church choirs here, the amount of commissioning of new work that occurs and that informs the rest of the repertoire, have become part of the wider culture here. It means, in effect, that you get elite squads of choristers who operate at an almost unbelievably high level every single day.

The American composer Eric Whitacre, who has just emerged as the hot new thing in choral music (by the way, I do recommend his new album Light and Gold) contributes a rather fascinating essay to our article in which he suggests specific reasons — having to do with tuning, tone, sight-reading and other factors — why Brit choirs are so far ahead of the pack, and perhaps by implication why Amercian choirs aren't generally in that place yet.

I think — and this is to hugely generalize — that there's something of a view among critics that American choirs have traditionally not been as versatile in terms of tone as some of their European rivals. I remember one conductor recently telling me that the first time he conducted a leading U.S. choir, they didn't really have a tradition of wanting to sing quietly. Partly that's because you tend to get these vast concert halls in America and the temptation is to think that a more slender sound won't reach the back rows, which usually isn't the case.

I do think though that things are changing. I have heard from various conductors in recent years that the major American choirs are becoming more versatile. And certainly they're also recording more. The Handel and Haydn Society in Boston for instance has just started working with the marvelous conductor Harry Christophers, and have made their first CD for a while, a really terrific recording of Mozart's Mass in C Minor. 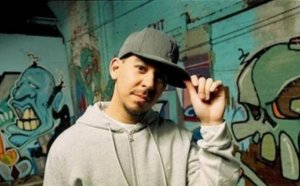 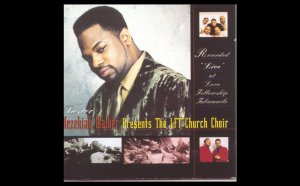 Interview With The Love Fellowship Tabernacle Choir LFT Comes On Strong I got the hook-up, holla if ya hear me [Master…