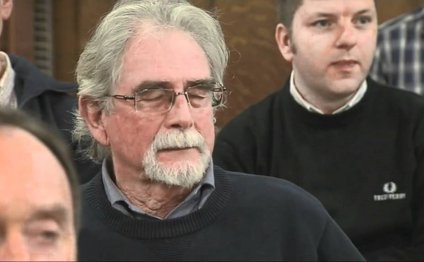 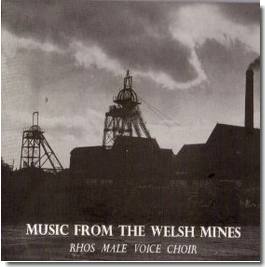 Oh, indeed, we are still very much on our Welsh kick, and with St. David’s Day fast approaching, who knows what may be in store?

This, however, is something very special which recently came to our attention. In 1957, some coal miners from the Welsh village of Rhosllannerchrugog—Welsh is such delightful language!—made a one-off recording, which has now been restored and remastered and re-released by “Moochin About” records. From the official write-up:

When the singing miners of Rhos Male Voice Choir came to London to make this record in St. Mark’s Church, St. John’s Wood, some of them wore bandages. The previous night there had been an accident—fortunately a minor one—in the colliery where they work. Others carried the scars of a more distant date. All of them carried tragic memories of the Gresford pit disaster which shocked the nation in 1934 and resulted in the loss of 266 lives.

There are many great Welsh male voice choir recordings, of-course, if one seeks them out. There is the Fron choir, and the Treorchy choir, and the Only Boys Aloud crew who made a big impression on a British TV show not so long ago, and lots more besides. It is all quite worthy stuff, though the standards of taste and material naturally can vary. However, this recording of these singing miners from 1957 is distinct, I feel, in its resonance and power. There is something especially transcendent and spooky—in the best possible sense—about this record. Credit must go not only to the singers, but to the venue of St. Mark’s Church, the conductor, Edward Jones, and the organist, John Tudor Davies. I think it is a case, as with many of the most wonderful recordings in musical history, where the sum of its remarkable parts becomes something greater than could logically have been calculated in advance.

Music for many of us, or perhaps really for all of us, has a visual element in our brains, whether conscious or sub-conscious. For yours truly, I can honestly attest that the sound of this choir singing these songs evokes a narrow pillar of light, shining up through an almost-all-encompassing darkness, and somehow not being quenched.

The clip currently available from YouTube below features this Rhos Male Voice Choir singing the very poignant Welsh national anthem, “Mae Hen Wlad Fy Nhadau” (“Land of my Fathers”) followed by two liturgical hymns, “Ave Verum” and “Laudamus.” The fourth and final tune in the clip is “Myfanwy, ” an old Welsh ballad of lost love, which, whenever I hear a fine rendition—as this one most certainly is—I am quite willing to declare is simply the most devastating song ever composed, in any language, by any human, anywhere.

Which is saying a little something, maybe.

Every track on the album is astounding in its way, including another Welsh love lament titled “Ar Doriad Dydd” (“On the break of day”), the exceedingly haunting rendition of the Welsh hymn “Tydi a Roddaist” (“O Lord, who gave the dawn its glow”), and about as affecting a musical performance of the 23rd Psalm (in English) as one need ever hear during one’s life on this old earth.

And as an endnote/sidenote: The eleventh and final track on this album is listed as “Unknown.” It is a source of not some small pride to yours truly that although the song may be “unknown” to those at the record company in Britain who packaged this release, it is not unknown to these American ears thanks to a late-in-life-crash-course in Welshness. The final song is in fact the very delightful and lighthearted tune “Oes Gafr Eto?” which translates as “Any More Goats?” A much more recent recording of it can be found on an album reviewed in.

Music from the Welsh Mines is available via iTunes, via Amazon.com, and via the “Moochin’ About” website.