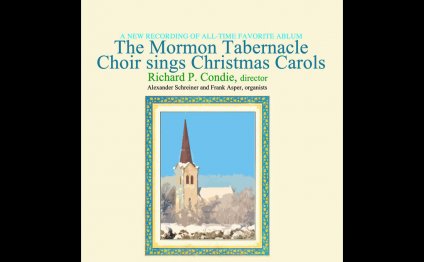 It was 1843, and winter was fast approaching. Times were tough for Charles Dickens and his family. He needed to publish something that would earn enough money to meet his many obligations. Pondering his predicament, Dickens set out to write a quick Christmas story that would be sure to sell. Little did he know that his writing—and the genial ghost he would bring to life—would take him on an incredible journey of the heart.

Originally presented by acclaimed British actor Joh Rhys-Davies at the Mormon Tabernacle Choir's 2013 Christmas concert, the book also includes a DVD with footage from the event.

Celebrated British actor John Rhys-Davies joins the Mormon Tabernacle Choir for the December 12-15 Christmas concerts. Film audiences best know him for his roles as the dwarf Gimli in The Lord of the Rings trilogy and the charismatic Arab excavator Sallah in the Indiana Jones films.

Christmas With the Mormon Tabernacle Choir A Celebration ...