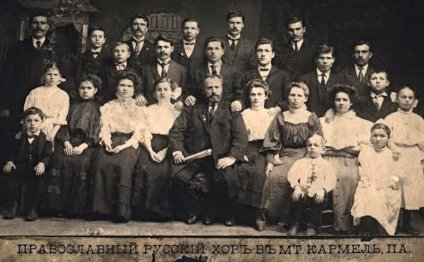 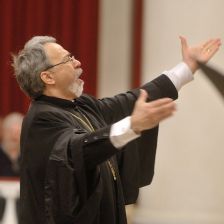 These are good times for Russian Orthodox choral music. Since the fall of the Soviet Union, the Orthodox Church has returned to a central position in the country's public life, and interest in its music and liturgical culture is stronger than ever.

The St Petersburg International Choir Festival, now in its sixth year, celebrates all aspects of Orthodox music. The organisers describe its aims as 'academic' and 'scientific', words that lose something in translation but that suggest rigour and depth to the festival’s approach. This year, the St Romanos International Composers Competition – named after the sixth-century hymn-writer – formed part of the festival for the first time. It was a great success, with around 300 scores entered and performances of the winning compositions often playing to full houses.

The competition is in two categories, one for long works and one for choral miniatures. The aim is to develop Orthodox music for both church use and concert performance. The prizewinning works in the former category, by young composers Natalia Varlamova and Dmitry Danilov, were both full liturgies, while most of the shorter pieces were concert-hall miniatures. Accompaniment is permitted in the shorter works category, although musical instruments are still a big no-no in Orthodox services.

The winning composers were all on the same musical wavelength, pursuing a direct, uncomplicated and devout style. As in the Catholic Church, a rich and ancient resource of chants forms the basis of the Orthodox musical tradition, and these chants were quoted and referenced in many of the works. A chant-like clarity characterised the word-setting in almost every winning composition, emphasising the importance of the texts over any purely musical concerns.

But then, the festival's aims are very much in the sphere of applied rather than pure music. As Natalia Orlova, general producer for the event, explained: ‘The music is not the main object here – the words always come first.’ And so rhythms are derived from phonetics, and the contours of the melodies serve to emphasise the cadence of the text. The harmonic language is straightforward but never consciously archaic. The music was received in the most reverential terms, with audience members genuflecting at all the appropriate points.

The basis of today's Orthodox choral repertoire is the liturgical music of the late Romantics, a catalogue that stretches from Tchaikovsky to Rachmaninov. But the winning entries in the competition all looked beyond these potentially overbearing influences. As Pavel Karmanov, a composer and member of the judging panel, said: ‘Some of the scores fell under the shadow of the great 19th-century composers, but these were poor works and the jury was able to choose more original ones.’

More surprisingly, the religious minimalism of composers like Arvo Pärt and Giya Kancheli was also largely avoided. The emphasis on the words and the liturgical function was stronger here than in any of the Slavic music that has made an impression on Western crossover markets.

IS THIS THE CHOICE - PARIS RUSSIAN ORTHODOX CATHEDRAL CHOIR.