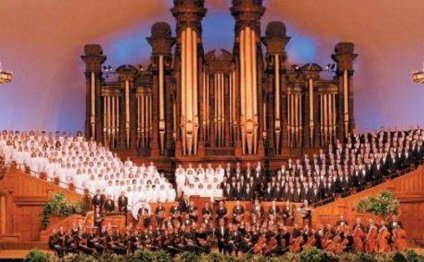 Hallelujah! Thank you to everyone who purchased the new albums!

The Mormon Tabernacle Choir has just accomplished a rare feat—the new Messiah albums (Complete Oratorio or highlights version) are No. 1 and No. 2 on the the Billboard Traditional Classical Albums chart in its second week of release. The albums came out ahead of Downton Abbey: The Ultimate Collection. The first week also had the Complete Oratorio in the No. 1 spot, with the highlights following at No. 4.

The album was recorded over a two-year period under the baton of conductor, Mack Wilberg, who examined every note of Handel’s Messiah to tailor it for the Mormon Tabernacle Choir. Wilberg said, “We recognized that we needed to create something special and unique to this new recording. It required examining every note of the vocal and instrumental parts and making decisions as to what would accommodate a 360-voice choir and large orchestra and still reflect our present-day knowledge of baroque performance practices.”

On March 24 and 25 at 7:30 p.m. MDT, the Choir and Orchestra will be performing Messiah in the Salt Lake Tabernacle, with two overflow venues available. Tickets are required.