Brooklyn Tabernacle is a non-denominational church located at 17 Smith Street at the Fulton Mall in downtown Brooklyn. It has 16, 000 members and is one of the biggest churches in the Greater New York Area. Jim Cymbala has been the pastor of the church for over 40 years.

The church is noted for its six time Grammy Award-winning Brooklyn Tabernacle Choir, which is directed by Carol Cymbala, the wife of Jim Cymbala.

By the time Pastor Jim and Carol Cymbala took over the leadership in the autumn of 1971, the congregation had dwindled to just 30 people who met in a rundown building on Atlantic Avenue in Brooklyn.

In the 1980s, the Brooklyn Tabernacle purchased the former Carlton Theatre at 292 Flatbush Avenue at 7th Avenue, converting the 1383-seat theatre into a church. After many years of decline, the church was revitalized as a non-denominational congregation, and became well known as the home of the award-winning Brooklyn Tabernacle Choir. The church remained in this location until 2002 when they purchased and renovated the former Loew's Metropolitan Theatre at 17 Smith Street.

The current building was completely redone by Kostow Greenwood Architects and Robert Silman Associates by gutting and renovating the old vaudeville theater for modern worship, and with state-of-the-art acoustics and recording equipment. The sanctuary seats 3, 200 people. Two adjacent buildings were converted into offices, classrooms, community service areas, and dining facilities.

The Brooklyn Tabernacle Choir sang "The Battle Hymn of the Republic" at the 2013 second inauguration of Barack Obama.

Brooklyn Tabernacle Choir--I WILL TRUST YOU 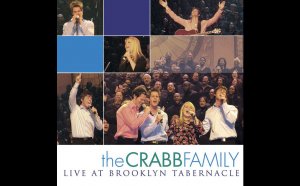 Brooklyn Tabernacle Choir (Facebook) After debuting its new CD at No. 1 on the iTunes Christian and Gospel Albums chart…