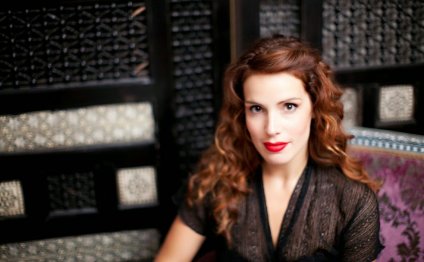 David Ruffin: I woke up one day and found myself in the streets homeless. Something had been taken away from me. It’s like, to me, like a fall from society.

David Kithcart [reporting]: When David Ruffin left his home in Greensboro, North Carolina, he had dreams of making a life for himself in New York City. But what he wasn’t prepared for was how quickly the city chews up and spits out into the street the naïve and the uneducated. David soon found himself demoralized, alcoholic and homeless.

Ruffin: At the time I was sleeping in an abandoned truck, and there were other people sleeping around me. One of the guys had a home inside one of the trailers. There were many nights when I prayed to be here, but at the same time I prayed to leave. Because even though it was dangerous in here, I thought that it was even more dangerous out there in the street. Sometimes the same guy who five minutes from now is your friend, later he might be your worst enemy.

Kithcart: Was your eye injured out here?

Ruffin: No, this happened to me while I was over on Flatbush and Empire Boulevard. Unfortunately, this happened by someone who was very close to me. This happened by my brother when we had gotten into an argument, a fight, and he hit me with a baseball bat.

Kithcart: How do you feel about life when you’re in a situation like this?

Ruffin: Being homeless was about the worst thing that could ever happen to me. You grow up always expecting to do something with your life. Then to find yourself in a situation like this – it was really horrible. [It] hurt me the most one day [when] it started to rain. I would see people scurrying, scattering all over the place, just going different directions to their homes. I looked at myself, and it was like, “Now where do I go?”

The Brooklyn Tabernacle is one of the places I used to hang out. On an Easter Sunday when I got saved, I came here at the end of my route for just rest. As I sit here, I can hear the choir singing on the inside. The music was so heavenly. It sounded so good that I could feel that there was something wonderful going on inside of this building. I felt that I really wanted to be a part of that. As I was sitting here, I was arguing with the thought of whether to go in or not. I was looking at myself, dirty, filthy, smelly, drunk. I’m thinking, 'Well, with all of what’s going on inside of here, should I really present myself that way?' But I knew it was the Lord who communicated the thought to me that this was His house and that I’m supposed to come in there any way I want. So with that in mind, I went inside. Well, when I came into the building that night, I walked up to the balcony and sat there, being a little surprised that under the conditions that I was in nobody asked me to leave. This woman got brought out of a horrible background, a drug addiction, something similar to myself. All of a sudden, she just stopped, just like that. I knew that people just don’t do that at the end of the service. When the pastor gave the altar call, it was already in me to respond. So I went forward and surrendered my life to the Lord.

Pastor Jim Cymbala: I see this guy three rows back sheepishly looking at me in the center aisle, and I said to myself, as God is my witness, “Oh, man, what a way to end an Easter Sunday. Someone is going to hit me up for money, ” which happens a lot here. As he gets close to me, he smelled worse than any human being I had ever smelled in my life. The odor was so horrible - of the street, of filth, of sweat, of urine, that when I talked to him I had to look away to inhale. I would look back at him breathing out. He put his finger in my face, and he said, “Reverend, I don’t want your money. I want this Jesus that you were talking about. I’m going to die out there. I don’t have a hope in this world unless somebody changes me.” At that moment I became so convicted of my lack of love, of my lack of compassion. At that moment, I forgot about David, and I said, “God, forgive me.” God baptized me afresh with such love and compassion that I began to just weep for my own need and for what I saw God doing in David, and David sensed it. I dropped my hands to my side; he came against me, and he fell - his face, matted hair, filthy - fell against my chest and tie, and I put my arms around him.

Ruffin: When I embraced him, I felt that I embraced something that was real, that this man really stood for the Lord. It was that love that drew me.

Pastor Cymbala: Suddenly, that smell became the most beautiful perfume I had ever smelled in my life. It was as if God was saying, “If you have any value, it’s this smell that I sent you for, ” because that’s the smell of the world that Jesus died for. Jesus didn’t die for a nice, clean, neat little world. He came for that which was lost and ruined. That night David gave his heart to the Lord, and now his testimony is being used to bless countless people. He’s one of our most trusted workers now here in maintenance and security. David Ruffin is a man of God.

Kithcart [reporting]: David’s story doesn’t end there, because on October 8, 1994, David Ruffin married Cherba Christian in a ceremony officiated by Pastor Cymbal. In attendance were friends and family, which included David’s brother, John. This is the same brother who attacked David with a baseball bat while they were both homeless. At the reception, John gave his heart to Jesus Christ. David has seen his own life change from destitution to blessings, because of how God reached out to a filthy outcast from society and gave him a new life.

Ruffin: God delivered me out of a horrible situation and gave me this testimony, so that I could tell others about His mercy and His grace. When I needed Him the most, He did not forsake me.

I Am Not Ashamed - The Brooklyn Tabernacle Choir

God Is Working - The Brooklyn Tabernacle Choir, "God Is ...

THE BROOKLYN TABERNACLE CHOIR - I AM NOT ASHAMED - Damaris ...