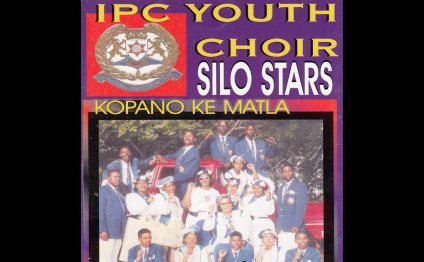 Carmina Burana is a scenic cantata composed by Carl Orff in 1935 and 1936. It is based on 24 of the secular poems found in the medieval collection Carmina Burana organized into a libretto, mostly in Latin verse, with a small amount of Middle High German and Old Provençal. The selection covers a wide range of topics, as familiar in the 13th century as they are today: the fickleness of fortune and wealth, the ephemeral nature of life, the joy of the return of Spring, and the pleasures and perils of drinking, gluttony, gambling and lust.

Orff's Carmina Burana contains little or no development in the classical sense, and polyphony is also conspicuously absent. Orff was influenced melodically by late Renaissance and early Baroque composers, including William Byrd and Claudio Monteverdi. It is a common misconception that Orff based the melodies of Carmina Burana on neumeatic melodies; while many of the lyrics in the Burana Codex are enhanced with neumes, almost none of these melodies had been deciphered at the time of Orff's composition, and none of them had served Orff as a melodic model. His shimmering orchestration shows a deference to Stravinsky.

Rhythm, for Orff as it was for Stravinsky, is often the primary musical element. Overall, it sounds rhythmically straightforward and simple, but the metre will change freely from one measure to the next. While the rhythmic arc in a section is taken as a whole, a measure of five may be followed by one of seven, to one of four, and so on, often with caesura marked between them. These constant rhythmic changes combined with the caesura create a very "conversational" feel – so much so that the rhythmic complexities of the piece are often overlooked.

Some of the solo arias pose bold challenges for singers: the only solo tenor aria "Olim lacus colueram" must be sung almost completely in falsetto to demonstrate the suffering of the character. The baritone arias often demand high notes not commonly found in baritone repertoire, and parts of the baritone aria "Dies nox et omnia" must be sung in falsetto: a unique example in baritone repertoire. Also noted is the solo soprano aria "Dulcissime" which demands extremely high notes. Orff intended this aria for a lyric soprano, not a coloratura, so that the musical tensions would be more obvious.

Carl Orff’s principal aim evident in Carmina Burana has been a "total theatre" where music, words and movement (this piece is often choreographed) work together in producing an overwhelming effect. He sought models of such a work in two cultural traditions: classical Greek tragedy and Italian Baroque musical theatre.

Grove’s dictionary states: “Orff’s musical and dramatic style arose directly from Stravinsky’s Oedipus Rex and in particular, “The Wedding” (Les Noces). Like “The Wedding”, Carmina Burana (and other Orff works) give an important place to the chorus. The orchestra, (in this evening’s performance, Orff’s version for two pianos and percussion) is rich in percussion and uses block harmony to underline the highly accented choral rhythms. Polyphony, extended melodic writing and thematic development are rarely found, and instead, the most basic means are pressed into service to generate effects of wild abandon. This technique produces music of powerful pagan sensuality and direct physical excitement.”

The poems selected by the German composer Carl Orff form only a small part of the whole Carmina Burana (the name applied to a large collection of medieval poems which survive in a late medieval manuscript found in the early nineteenth century in southern Germany) These poems, which come to more than two hundred in number but are never of any great length, can be roughly classified as follows:

(1) Moralistic and satirical poems, the former being concerned with the human condition and the world at large, the latter with abuses in the church
(2) Love songs and songs celebrating the return of spring
(3) Songs connected with drinking and gambling

A remarkable feature of the intellectual life of the late Middle Ages was the ease and readiness with which scholars and students (and no doubt a good many hangers-on) moved about Europe from one university town to another. There seems to have always been a large number of such people in temporary residence in university towns both in their native countries and in foreign parts. As might be expected, they were not always on good terms with locals who had no connection with, or interest in, intellectual pursuits (such rustici are a frequent butt in the Carmina Burana) and, as their common interests naturally brought them together, they tended to form a class apart, a society to which the terms Wandering Scholars and Ordo Vagorum have been applied. These it was who in the twelfth and thirteenth centuries composed and sung most of the poems of Carmina Burana. Because they were generally without bonds or ties and were not involved in acquiring or maintaining social status, they were not concerned overmuch with the conventions of society, nor were they greatly troubled by the fulminations of religion against worldly pleasures. 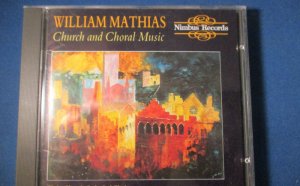 Ed. note: Today we are pleased to present a guest post from Kimberly Sena Moore, MM, NMT-F, MT-BC. Kimberly is a board-certified…