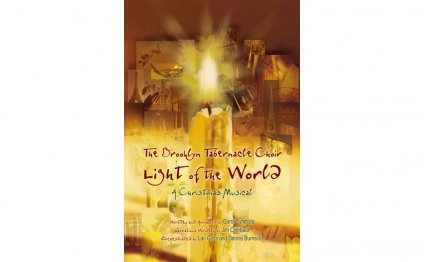 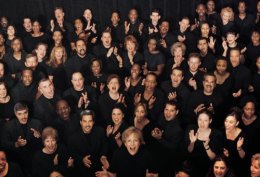 The Brooklyn Tabernacle Choir is directed by Carol Cymbala, the wife of Senior Pastor Jim Cymbala and the daughter of the church founder, the late Rev. Clair Hutchins. Although the Choir is composed of vocally untrained church members, it has been used by the Lord to present the love of God all over the world. The 285-voice choir has recorded three videos, three DVDs, and numerous albums, winning six Grammy Awards. "The choir represents all different walks of life and every kind of sin, " Pastor Cymbala says. "You name it and we have someone who has been saved out of it, standing next to another one who has grown up in the church."

In the early 1980's, Carol Cymbala decided to "make a little tape for the church, " and when she had trouble finding enough appropriate songs, she began writing them. Although she cannot read or write music, the Lord has given her a special gift to direct and create from the heart through the power of the Holy Spirit. After 25 years of recording and live performances, the Lord continues to use the Choir to carry the message of the Gospel around the world.

It is a highly unlikely ensemble, a mixture of ethnic and economic backgrounds, in the heart of a city synonymous with coldness and decay. The choir is made up of attorneys and street people, nurses and ex-crack addicts, a unique cross section of humanity. Pastor Cymbala explains: "None of us would have met if it weren't for Christ. Our backgrounds are just too diverse. But all of us have one thing in common: we have all been lifted up and saved. So the Choir sings-not about a theological position-but about what has happened to them. It's not a theory; it's a reality."

Starting each practice with prayer reinforces that principle. Even the rehearsal prior to the Sunday services are all closed in prayer as the choir asks the Lord to bless their music and anoint their songs for the service. "The great evangelist D.L. Moody found that the tender strains of the Gospel could open people's hearts to the music of the soul, " Pastor Cymbala says, "and I find that the choir greatly facilitates the ministry that goes on here. In their own uniquely sincere and almost vulnerable way, some by not being trained singers, while others are coming from totally non-religious backgrounds, they are able to display an openness, a transparent 'heartfeltness' that opens up and triggers the same thing in other people."

The Choir's latest album project is entitled "Declare Your Name". Their concert venues in New York City have included Carnegie Hall, Radio City Music Hall, the Paramount Theater, and a sold-out performance at the Madison Square Garden Theater. "I just want to see people drawn to Jesus Christ, " Carol Cymbala says, "I want the music to be the arrow that points them to Him."