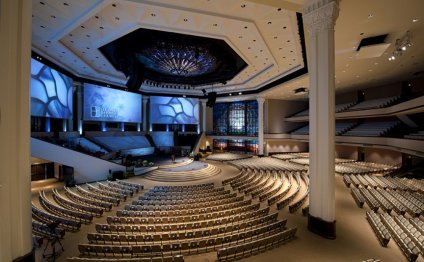 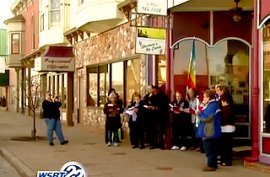 A South Bend, IN church choir called The Ripple Effect sang Friday in front of Memories Pizza, the pizzeria that become the focal point of the debate over Indiana’s “religious freedom” law, in an effort to bridge the divide between Christian businesses and the LGBT community.

Memories Pizza owner Crystal O’Connor told a local news station last week that she would not cater a same-sex wedding due to her religious beliefs, describing the exact brand of discrimination critics feared the new law would embolden. The pizzeria withstood a their restaurant soon.

“We’re not here to condemn or condone the owners of the establishment, ” Klinedinst said. “We’re here to show them and the community that we can show love to people in spite of our differences.” 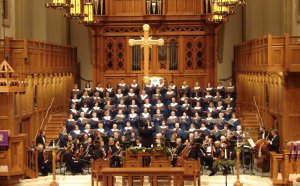 I’m always a bit frustrated when I see articles like this one from Cathy Lynn Grossman on the Religion News Service, entitled… 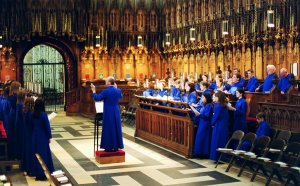 From the Catechism of the Catholic Church, # 1157: Song and music fulfill their function as signs in a manner all the more…