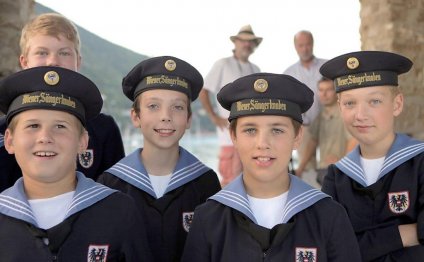 One of their two charter buses burst into flames Friday, minutes after students evacuated with minimal belongings. On the shoulder of a Wisconsin road that show choir director Kelsey Nichols said was "in the middle of nowhere, " the students watched their purses, clothing, toiletries, costumes and musical instruments burn.

The roughly 50 girls then proceeded to fill the remaining bus, doubling its capacity, and continued on to the Onalaska High School Show Choir Classic. And, with the help of parents and strangers, the two show choir groups won first and second place in their respective divisions Saturday.

"They did exactly what they were supposed to do in the situation, " Nichols said. "We got them to achieve their goal, and we're feeling a lot of love right now."

On Friday evening, the high school's two show choir groups were traveling near Portage, Wis., when the rear bus pulled over with a flat tire, Nichols said. Nichols, who was on the other bus, said the driver attempted to radio for help for about five minutes before someone spotted flames.

Once the fire began, the girls immediately evacuated the bus, and were able to exit safely, Nichols said.

"They followed instructions, and didn't take anything with them, except for maybe a purse if it was on their lap, " Nichols said. "By the time they got off, in about 10 or 15 minutes, the bus was engulfed in flames."

The damaged costumes and instruments for the most part belonged to the Esprit show choir group and a few of their band members, set to perform a rock-band themed show the following day.

The singers crammed into the remaining bus with the other show choir group, the Classics, until other travel arrangements could be made. Nichols said she knew she had to rally parents back home if the Esprit girls were going to successfully put on a performance the next day.

The father of one of the singers collected clothes and toiletries from families at his home until 1:30 a.m. He then headed up to Wisconsin to deliver the items to the girls. In the meantime, the group contacted Onalaska High School, which arranged for back-up costumes and instruments for the students.

Despite losing their belongings, the Esprit show choir group was named Grand Champion of the competition's Women's Division.

"The costumes weren't perfect. You could tell they weren't meant to work together, but they didn't look distracting, " Nichols said. "But the girls didn't let that get to them and still enjoyed their performance."

The group put on an energetic show about the trials of starting a girl rock band, and sang and danced to five tunes, including Simple Plan's "I'm Just a Kid, " Reel Big Fish's "Don't Start a Band" and Miley Cyrus's "The Climb."

The Classics show choir group also performed well, and was named first runner up in the Finals, according to the competition's website. The two groups celebrated their success Sunday with a trip to Wisconsin Dells, Nichols said.

Vienna Boys Choir goes pop -My Heart will go on