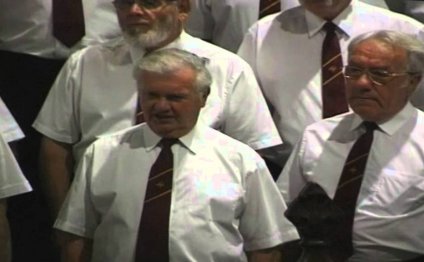 From his days at infants’ school he joined the school choir which was upon recommendation from the Headmaster as from a young age Gerry suffered from a stammer. During a meeting with the Headmaster he was told to ‘if you have difficulty with speaking a word then sing it ‘. This of course was far from practical but it was something he never forgot.

Gerry’s stammer has never quiet cleared up but after a course of hypnotherapy there was a considerable improvement. The prolonged period of his stammer certainly had an effect on his confidence in his early years but that all changed in 1998 when he joined Freemasonry. In November 2002 having joined a local Burton Lodge and enjoyed harmonising with a small group of friends with The National Anthem, he was requested to sing The Holy City for the Christmas Lodge meeting. This was to be his first solo performance and proved rather daunting. Nevertheless after weekly practices with the accompanying pianist, Gerry performed on the night and enjoyed a level of applause which he had never experienced before. From that night onwards he was asked to sing other solos within not only that Lodge but what has now grown to five other Lodges throughout the country.

From this introduction he joined the Staffordshire Provincial Masonic Choir in 2004 and has been a regular attendee to their monthly rehearsals and regular performances.

In 2006 Gerry was asked to join a small group of Freemasons who had been asked to entertain at a Christmas function and in addition to other songs was asked to sing solo The Impossible Dream, which he had never sung before. With Karl Harper’s assistance he changed Gerry’s singing of that song, into a performance. He still remembers the volume of the applause on the night with great pleasure.

In summary, the opportunity to sing has changed Gerry’s life, he has in recent years nearly lost his stammer and his confidence has grown to a level that not long ago he and his family could never have imagined.

Singing has now become a passion and he now looks forward to playing a regular positive role within the Gresley Male Voice Choir, which he hopes will be, for many years to come. 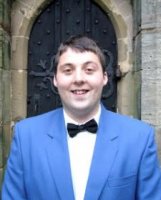 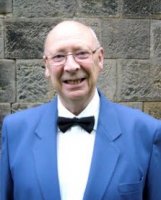 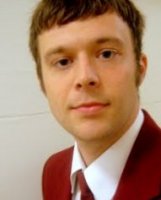 Wherever you are : Gresley Male Voice Choir