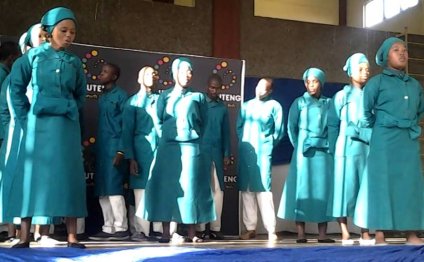 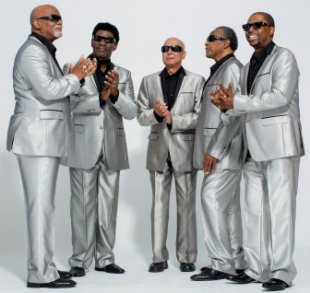 A blind man walked through a crowded room. Though he couldn’t see where he was going, he kept shouting for joy, and bunny-hopping as high as his 80-something-year-old legs could lift him. That man was Jimmy Carter, the leader of the celebrated Blind Boys of Alabama, the room was the Prudential Center in Newark, and the occasion was the 32nd annual McDonald’s Gospelfest, a celebration of holy excess in devotional music. As the rest of his quartet draped the room in reverent harmonies, Carter, guided by his sidemen, shook the hands of exultant concertgoers on the floor of the arena — many of whom had been standing, shouting and singing along to gospel music for hours.

They’d continue for hours more. Nobody comes to Gospelfest for a quick thrill. The music, and the sustained praise, begins in the mid-afternoon and continues with intermittent breaks until midnight. It is a nine-hour megachurch service with the rote elements of worship stripped away. What is left is pure exuberance – a long held note in honor of the Almighty. In its maximalism, and its optimism, it is deeply American. Gospelfest is a thrill, an endurance test, an exhibition of astonishing musical skill, a reunion (everybody in the crowd seems to know each other, and even when they don’t, after all the exhortations from stage to “hug a neighbor, ” they surely do by the end of the night), and a reminder that church music is the bedrock of modern pop performance. Gospelfest regulars know something that many pop listeners have forgotten: the moves that thrill millions were incubated in the pulpit, under the Lord’s own tutelage.

Last year’s event, subtitled “Women Who Worship, ” attracted a roster of legendary female voices: Shirley Caesar, Dorothy Norwood, CeCe Winans, Melba Moore and others, many of whom sang to pre-recorded backing tracks. This year, producer A. Curtis Farrow took the opposite approach, placing the emphasis on gospel fundamentals rather than star power. There were some big names on the bill, including Gospelfest regular Vickie Winans and Newark’s own Cissy Houston, who led the New Hope Baptist Church Choir through “Even Me.” Most of the evening, however, belonged to massive choirs — choirs big enough to cause a fire hazard in a community theater. Donald Malloy put his gigantic Greater Central Jersey Community Choir on a riser at the rear of the performance area and careened through a rambunctious “Prayer Will Fix It”; Bishop Hezekiah Walker laced his Love Fellowship Choir across the front of the stage, where, three rows thick, they launched into a delighted renditions of “Souled Out” and “Grateful.” If joy could take on a visual manifestation, this is what it would look like.

Fifty-voice choirs mean an opportunity for some spectacular synchronized dress, too. The Greater Allen A.M.E. Cathedral Mass Choir — which belongs to the Queens church of the Rev. Floyd Flake (a former congressman), who addressed the Saturday night congregation — presented themselves in a carnival of bright solid colors. The effect was akin to a burst of confetti, especially when the band ratcheted up the tempo and the singers began to gyrate. The Mississippi Mass Choir arrived in matching red, white and blue vestments that swung like pennants in the wind when the singers got excited. And yes, they started out excited — excited as a bunch of ping-pong balls in a lottery hopper — and maintained that intensity until their stage time ran out.

Chicago’s Thompson Community Reunion Choir, the revelation of the evening, dressed its sopranos and altos in brilliant turquoise. The men’s dress was more understated, but their singing was anything but. The women provided the sweetness to “Lord, I’m Available to You”; the boys followed with the bass punch. A skillful minister of music can tease all manner of terrific arrangements out of a big choir, and the voices of the Thompsons were stacked, threaded, reinforced and interwoven to dazzling effect. The sound of a big church choir in full roar can’t be approximated or synthesized: In order to achieve the sort of sonic wattage that the Thompson Community Choir or the Mississippi Mass Choir were able to bring to the Prudential Center on Saturday, you’ve got to gather a large group of talented and enthusiastic vocalists in a room and point a microphone at them.