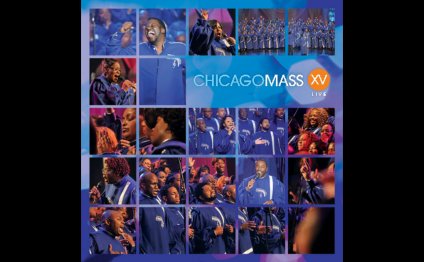 The Chicago Mass Choir was founded in 1988 by James C. Chambers, who organized the famed Ecclesiastes Community Choir 17 years earlier. The first Chicago Mass Choir album, Right Now If You Believe, followed in 1991, with the group winning Best New Artist honors at the Gospel Music Excellence awards; in 1992, "I Can Go to the Rock" - from their second LP Call Him Up - was named Song of the Year. The choir had one of its busiest years in 1994, when the group released a pair of albums, I'm So Grafeful and Please Don't Leave Me. Additionally, member Feranda Williamson, who was also a co-founder of ECC and had been a soloist for that choir, assumed the role of Chicago Mass Choir's leader. Their albums for the remainder of the decade included Hold On, Don't Give Up (1996) and Keep Your Mind on Jesus (1998). During the 2000s, they issued a number of live recordings, highlighted by Calling on You: Live (2001). The following decade brought XV: Live (2011), their 13th album to chart on Billboard's Top Gospel Albums. ~ Jason Ankeny

God Is Just A Prayer Away - Chicago Mass Choir