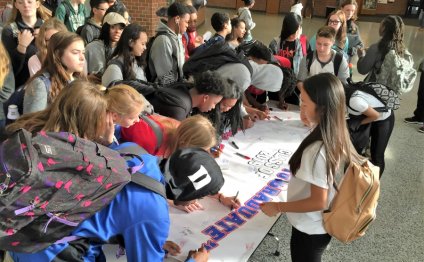 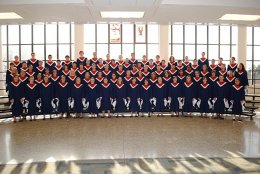 Maintaining a high standard of musicianship and excellence is something that the Armstrong High School Choral Program has striven for over the last 40 years. The directors recognize the importance of providing an experience that encourages and inspires students to explore their potential and to find fulfillment not only in the study of music, but in other areas of their lives. They seek to provide a safe space for students to belong to and to mature.

About a quarter of the students at Armstrong participate in one or more of the seven curricular and three co-curricular choral ensembles offered. Ninety-four well-rounded juniors and seniors, many of whom also do advanced coursework, lead student clubs and captain sports teams, audition to spend 50 minutes of every day rehearsing with the Concert Choir. The students commit time annually to touring and to performing in professional venues, going as far as Madison, Wis., for the 2012 North Central Division American Choral Directors Association Convention, or as close to home as Orchestra Hall in Minneapolis for the 2014 Choral Arts Finale Concert.

In fact, the students have the opportunity to perform a choral masterwork at Orchestra Hall every year at the Robbinsdale District Fall Music Festival; this year they are preparing Handel's Messiah to be conducted by Dr. JoAnn Miller of North Dakota State University. The choir works each year with several professional and collegiate conductors both in the classroom and on performance tours, with literature ranging from early music to modern commissions, including music that is globally relevant and representative. Today's audio features are perfect examples of the choir's dedication to repertoire that is both challenging and comes from opposite ends of the genre spectrum; one song is, in the arranger's words, a "virtuosic bluegrass" setting of a 19th-century hymn written by an itinerant American preacher, and the other is an arrangement of a Korean folk song by a Director Emeritus of the St. Olaf Choir.

Opportunities to sing in Korean and to perform at Orchestra Hall are just some examples of the lengths to which the Armstrong Choral Program will go to make sure that its students receive an exceptional high-school choir experience. "Our students are our legacy, " says director Stephanie Trump. "The Armstrong Choral Program remains relevant to today's high school students because our students not only excel, but find fulfillment through singing". 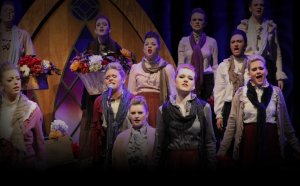