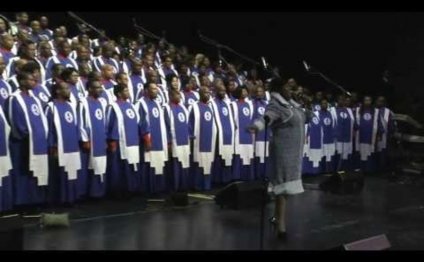 The Mississippi Mass Choir was one of the most influential gospel groups of the late '80s and '90s. Under the musical direction of David R. Curry, the 100-voice choir served their Lord with a sound that made them a constant presence on Billboard's gospel charts. Each of their recordings have reached the top position on the charts. Their debut album, Live, recorded during a 1988 performance at the Jackson, MS, Municipal Auditorium, remained on the charts for 45 weeks and earned the group James Cleveland GMWA awards as contemporary choir of the year and best new traditional artist of the year. Their second album, God Gets the Glory, reached number one two weeks after it was released in 1990. The Mississippi Mass Choir's most successful album, It Remains to Be Seen topped the charts for 12 months and received a Soul Train music award as best gospel album of 1993. The album was the choir's last with founder Frank Williams (June 25, 1947, to March 22, 1993), a member of the Jackson Southernaires and an executive in the gospel music division of the Maleco record label. Determined to bring together the best gospel voices in Mississippi, Williams had convinced Jerry Mannery, the head of Maleco's gospel division, to sign the band to a record deal and serve as executive director. With their albums released since Williams' passing, I'll See You in Rapture, Praise the Lord, and Emmanuel (God With Us), the Mississippi Mass Choir continues to dedicate itself to its self-described mission of "serving God through song." ~ Craig Harris, Rovi

I Get Excited - Mississippi Mass Choir 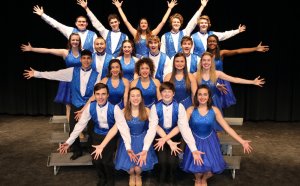 The Pflugerville High School Choir was given the opportunity to perform in the Capitol s rotunda, filling the building with…