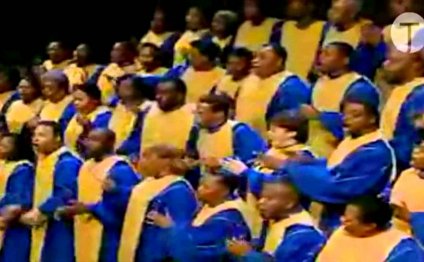 When I first heard this song on the radio, I would've never guessed it was the Georgia Mass, until somebody told me on FB, I've been waiting for this song to hit iTunes for a while! The harmony and the arrangement is absolutely incredible!! For anybody who don't know this, this song was originally done by Celine Dion, who is an amazing singer herself, but I LOVE this remake!!! Please get it! You will NOT be disappointed!

Formed in 1983, the 150-voice Georgia Mass Choir came to prominence through highly visible appearances in the Whitney Houston film The Preacher's Wife and at the 1996 Olympic Games in Atlanta. Lead voice, songwriter, and founder Rev. Milton Biggham had spent time organizing Savoy Records, but returned to his home state to organize the choir from over 600 applicants. Naturally, the Georgia Mass Choir began recording for Savoy, and released their first album Yes, He Can in the mid-'80s. Additional...

Tell It by Georgia Mass Choir (David Cartwright on keys)