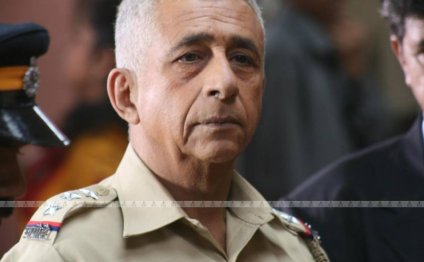 Founder Frank Williams' legacy continues on with the debut of Mississippi Mass Choir's single "God's On Your Side" featuring multi-award winning producer Stan Jones and Sunday Best season three winner Le'Andria Johnson. Social media, yesterday, was ablaze with tweets, Facebook posts, and Instagram photos with comments of excitement over the single. "God's On Your Side" is a throwback to the era of mass and community choir's heyday.

Since the choir's inception, under the tutelage of The Jackson Southernaires' member Frank Williams, they have created music which has stood the test of time. Their earlier albums "The Mississippi Mass Choir Live", "God Gets The Glory", "It Remains To Be Seen", "Emmanuel", "Amazing Love", "Not By Might, Nor By Power", "We've Seen His Star", and "Then Sings My Soul" garnered several nominations and awards from the Stellar Awards, Dove Awards, Academy Awards and was inducted into the Mississippi Music Museum Hall of Fame in January 2000. Many of their hit songs such as "Near The Cross", "It Remains To Be Seen", "God Gets The Glory", "Your Grace And Mercy", "Hold On Old Soldier", "Having You There", "When I Rose This Morning" and so many more have been sung by choirs across the nation and around the world.

Mississippi Mass Choir has been notable for having song lyrics that pierce the soul and minister to the spirit. Over the years, many soloists have graced their music including their founder Frank Williams, James Moore, Venora Brown and their oldest member Ms. Mosie Burks. Le'Andria Johnson joins the choir as lead vocalist on their single "God's On Your Side" with her soul-stirring gut-wrenching vocals she delivers hope in adlibs "he'll never leave you nor forsake you". Writer and producer of this song, Stan Jones, leads the choir, in the taping of the live recording, reciting and affirming the song's message, "you can make it...this is only a test...you can take it...and don't you think nothing less. So wipe the tears from your eyes...God's on your side."

I Love To Praise Him Mississippi Mass Choir YouTube