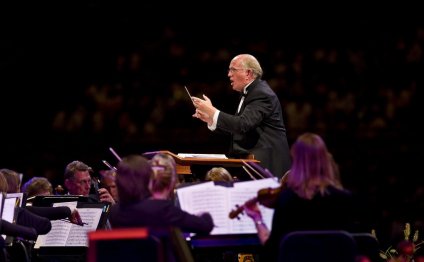 Many of the popular songs we know and love have a special story behind them. That being said, “God Be With You Till We Meet Again”, which was written by Jeremiah Rankin, was simply composed so his church choir could have something to sing when they parted each week. Rankin was the minister for the First Congregational Church in Washington, D.C. and said this about the hymn, “Written…as a Christian goodbye, it was called forth by no person or occasion, but was deliberately composed as a Christian hymn on basis of the etymology of “goodbye, ” which is “God be with you.” He got the idea for the first stanza of the song when he saw the dictionary definition of "good-bye" was short for "God be with you." The song was written in 1882 when Rankin was 54 years old.

While Rankin was responsible for writing the lyrics, William Tomer, who was the music director at Grace Methodist Episcopal Church, composed the music.

The hymn became the official closing song for the Christian Endeavor Convention. Dr. Rankin said: “It has had no sweeter recognition than that given it by its adoption by the Young People’s Society of Christian Endeavor. Long, long, may they sing it!”

While the original hymn had eight verses, it is verses 1, 2, 4, and 7 that are generally heard in congregations. In the hymnbook of The Church of Jesus Christ of Latter-day Saints, there are three verses included. As a close to many of the Mormon Tabernacle Choir broadcasts, “God Be With You Till We Meet Again” is the final goodbye number and acts as a benediction to many of the General Conferences of the church. For more information regarding the history of this sacred hymn, listen to Episode 26 of the History of hymns series on The Mormon Channel.

Here are the lyrics as sung by the Choir in the video above:

God be with you till we meet again By his counsels guide, uphold you

You Raise Me Up Lyrics - Mormon Tabernacle Choir