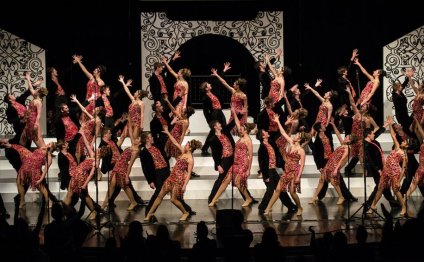 CG Sound System has been in existence for thirty-two years and in that time has built a reputation of being one of the nation’s most successful show choirs. The group, originally known as Swing Mates was formed in 1973 under the direction of Judith A. Meeks. Swing Mates, and later CG Sound System (fall 1981) performed extensively for programs on WISH-TV 8, Indiana Music Educators Association and many civic organizations in the city of Greenwood.

Since competing for the first time in 1982, the group has been named Grand Champion Show Choir at regional and national competitions numerous times and has earned many caption awards. Included in those, are SHOWSTOPPERS National Show Choir Competition and FAME Competitions in Chicago, Orlando, New York City and Branson. In addition, CG Sound System was the first-ever Honors Choir for the Orlando SHOWSTOPPERS in 1991.

The group is under the direction of Jennifer Dice and choreographed by Andy Haines. They are assisted by Jared Norman, Greg Sanders and Sheila Leachman. CG Sound System is proud to represent their school and White River Township as they work to provide consistently excellent and timeless entertainment to audiences across the country.

Judith A. Meeks forms a group known as Swing Mates. The group is a mixed intermediate choir comprised of freshman through senior students. The choir was meant to perform concert and swing choir literature and performed at major high school concerts and for civic and community organizations.

After establishing Swing Mates in the Center Grove Choral Department, Judith Meeks decides to begin investigating taking a group into competition. After attending the Luers Midwest Swing Choir Invitational, Judith decides to make some changes in the choral program to ready Swing Mates for competition.

Swing Mates is made Center Grove’s varsity choir; the group is auditioned to compete in the Spring of 1982 at the Luers Midwest Invitational. Former member of Swing Mates, Marty DeMott is asked to choreograph the choir.

Judith Meeks announces that the 1994-1995 school year would be her last as the Choral Director at Center Grove High School. A search would begin at the conclusion of the ’93-’94 school year for an assistant director who would take over the head position in the ’95-’96 school year. Grand Champion at Dekalb HS, Best Choreography, Best Tech Crew; 2nd place at Highland HS, Best Vocal Sound, Best Choreography; 2nd place at Lawrence Central HS; 6th place at Mt. Zion HS; 8th place at Showstoppers in Chicago, IL. Dan Andersen, a Choral Director from New Haven HS in northern Indiana is hired as the new Assistant Director at Center Grove HS. 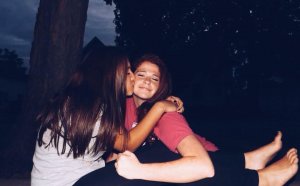