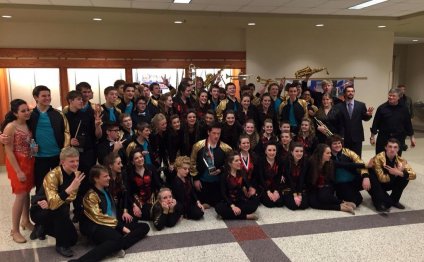 Fusion is an extra-curricular mixed show choir directed by Ben Kambs and Larry Becker and choreographed by Jeff Cox. Members are chosen by audition and are also enrolled in one of Fairfield’s concert choirs during the school day. Fusion is a four-time ISSMA class B state finalist and placed 3rd in 2015.

Fairfield High School’s is a co-curricular, all women’s show choir directed by Ben Kambs and Larry Becker and choreographed by Jeff Cox. Members are chosen by audition and meet as a class during the school day. In addition to performing as a show choir, Expressions sings a wide variety of choral literature and has consistently received Gold ratings as a concert choir in ISSMA festivals. They are three-time state finalists in ISSMA Class B competition.