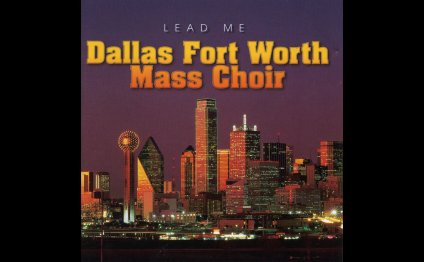 GOSPEL MUSIC HAS NEVER SEEN ANYTHING like 26-year-old Kirk Franklin. In January the Fort Worth native’s 1993 debut, Kirk Franklin and the Family, was still at the top of the gospel charts; it had also enjoyed good runs on the pop, urban, and Contemporary Christian charts on the way to selling more than a million copies, making it the first platinum album ever by a gospel artist. In April he released Whatcha Lookin’ 4, which entered the pop charts at number 23 and dominated the rhythm and blues and gospel charts as well.

More impressive than the unprecedented success, though, is the effect Franklin has had on gospel itself. It’s not that he has revolutionized the music; nor is his voice that extraordinary. What Franklin has done is put gospel into a hip context that has helped bring young African Americans back to the church. “I love it, ” he told me. “I’m grateful—touching the people, seeing people’s lives change.”

“His crossover is unique in that nobody took the word ‘Jesus’ out of his music, ” notes Milton Biggham, the executive director of gospel powerhouse Savoy Records, who was Franklin’s first music industry mentor. Recently, the big bucks in religious music have gone to white Contemporary Christian artists who sing warm, fuzzy devotional lyrics that could be directed to God or Jesus or just as easily to a mate—to broaden their appeal. It’s a tactic that has permeated all gospel music, even African American gospel. But the lean, goateed Franklin is able to score with hard gospel largely because he has the qualities that other gospel stars lack: charisma, sex appeal, stage presence, ambition, business savvy, and street credibility.

He comes by that last quality honestly. You need only hear his music and see how he dresses to realize that Franklin was very much shaped by inner-city urban culture. He was born to teenage parents who didn’t live together and whom he has never known beyond a handful of encounters over the years. He says he went “straight from the hospital, really” to the Riverside District home of his great-aunt Gertrude Franklin, then 64, who eventually adopted him. Franklin grew up in the church, showing enough talent in the choir that at age seven he was offered a gospel record deal (he had to turn it down; Aunt Gertrude wouldn’t consider it). At eleven he won the minister of music position at Mt. Rose Baptist Church, which meant he oversaw all the music for all the choirs. But it was still more a hobby than a calling, squeezed in amid the usual kid stuff, like shopping and girls. “I was always a moody child, ” he says. “In the house it was just me and an older woman. When I got around my peers, I was just buck wild, because I wanted to be a kid, you know?”

Though active in the church, he started fighting, hanging around pool halls, fraternizing with gang members, disrupting school, and smoking marijuana. Then, when Franklin was fifteen, his seventeen-year-old friend Eric Pounds was accidentally shot and killed when his parents’ gun fell from a closet shelf and went off. Shattered, Franklin immersed himself in the church, Bible reading, and music. The most serious challenge to his faith came when his then-girlfriend became pregnant. “What I had done was wrong, ” he says, “but God forgave me, and so I was able to forgive myself.” The baby boy, named Kerrion, was raised only by the girlfriend until early this year, when he began to spend time with Franklin and his new wife, Tammy, and her six-year-old daughter, Carrington. “I didn’t want my son raised like I was, ” he explains. “I wanted him to know his father.”

At age nineteen Franklin met Biggham, who was forming the Dallas—Fort Worth Mass Choir and invited him to join. A 37-year veteran of the gospel scene, Biggham became something of a father figure. Franklin contributed to two choir recordings, Look How Far We’ve Come (1991) and Another Chance (1993), before starting his own gospel choir, the Family. Thanks to the Biggham connection, Franklin had the chance to sign with Savoy, but he worried he’d be only one of many stars on that label. Then he got a phone call from Vicky Latallaide, who had just started a Los Angeles label, Gospo-Centric, with $6, 000 borrowed from her father’s Postal Service retirement fund. She had only one act and no industry clout. Franklin prayed for several days before going with her anyway.

Latallaide released Kirk Franklin and the Family with the hope of selling 35, 000, “which is very good in gospel, ” she says. But eighteen months after the album was released, a Virginia deejay began airing the stately “Why We Sing” on his urban-music show, and the phones lit up—literally. The single spread to non-gospel Chicago stations, then began leaping other format and racial barriers. Thanks to the buzz, last year’s Christmas CD made the pop charts, entering at 120. At Franklin’s January wedding, Latallaide occupied the seat of the groom’s mother.

Despite his rapid ascent, Franklin has retained his Metroplex ties. He’s producing several local gospel acts for his own Fo Yo Soul company. His Arlington offices are run by a staff of seven, every one a homeboy drawn from the church rather than from the music business, even though a star of his magnitude almost always switches to seasoned professionals for management. “I think it’s important to keep people around you who knew you when, ” he says. “This business changes so quickly to the flavor of the month, and when my flavor is up, I still want to have the same friends. I don’t want to have to start over.”

It’s all a long way from the ghetto streets of Fort Worth, but you don’t have to remind Kirk Franklin. “I try to use my life as an example to kids in trouble, ” he declares. “The best story that I can tell anyone is my story.”

I Want Your Anointing 2 - Dallas/Fort Worth Mass Choir

Because He Lives - Dallas Fort Worth Mass Choir 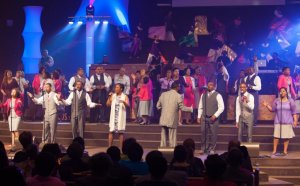