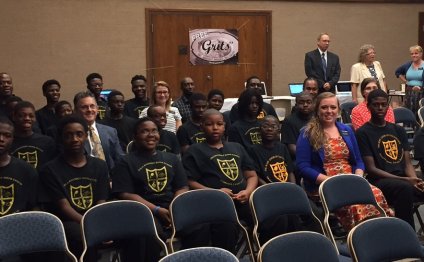 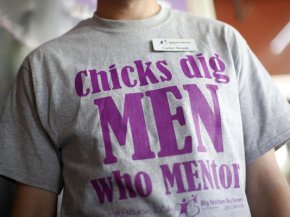 In two weeks, thousands of students will be returning to schools in Leon and surrounding counties, primed and ready for another year of academic endeavors, building new friendships, reconnecting with old friends and hoping the overly intrusive culture of testing isn’t the same deterrent as it’s been in the past.

If you think it’s a challenge for parents and their children, try putting yourself in the shoes of first or second-year teachers who have chosen one of this country’s noble professions. They simply can’t do it alone.

Whenever you talk to a young person today who has reached some degree of achievement at an early age, you are likely to find that somewhere along the line they had an extra boost. Like a mother and father at home.

And while we all know that family setting is not always the norm for a large percentage of our young people, there are great examples of others who have stepped in and stepped up, sharing their knowledge, connections and if they are lucky enough to be respected for their own achievements, they have been able to connect and pass on ideas to bolster the chances of someone else’s child who needs the help.

On Monday, Leon County Schools Superintendent Jackie Pons and Mayor Andrew Gillum will be announcing a drive to identify 1, 000 mentors in our communities. Yes, this is ambitious and yes, we have heard of such mega-drives before. But before this is considered another public relations event by two skilled politicians, try to think beyond that.

Our kids need help and residents throughout Tallahassee give of their time and talents daily during the school year to spend an hour or so with a student who needs help.

It is a community service of which I wish I could provide you several personal examples, but I can’t — and I consider that one of those goals that I want to correct. I have tried to help young people along the way and I’ve certainly tried hard to help anyone who is interested in careers in the media. But I need to step up to the plate, too.

I guess the drawback is making the commitment and not being able to fulfill it, therefore taking the risk of disappointing a youngster or middle or even high-school student who has confronted too many letdowns. Too many adult men making promises.

So to those of you who are working in important jobs and who have found the time to step up, I salute you. I often see examples of it in people like Earle Lee, who is celebrating his 20th year as founder and director of the Boys’ Choir of Tallahassee. Lee says over 800 boys have been mentored through the program. Also, there is Zachery Richardson and his work at The Character Center.

And there are those we too often take for granted, until they announce they’re stepping down after decades of working with children. These are the athletic coaches, the Scout leaders and those committed individuals who receive little fanfare but are the recipients of letters from high-school seniors who tell them about the difference they made in that person’s life.

I’m hoping that Monday’s announcement will spark more college students, young adults and those more seasoned, especially men, to get involved in our schools, neighborhood initiatives and nonprofits. We also need to reduce the barriers so that those re-entering a free environment can give back.

It also would be good be creative in spreading this message about identifying strong mentors. While schools are the logical places, let’s not forget the other destinations of our youth.

Imagine a barber or hair stylist having his or her business recognized not only for the providing the latest cuts, but one that offers reading materials for all ages, Internet access to free tutorial programs in math and science classes, in addition to that expert latest news on the Seminoles, Rattlers or Beyonce.

And while 1, 000 mentors sounds ambitious, consider the pleas we hear each year for more police officers, corrections employees and child-welfare investigators.

Then think of how often we’ve heard, “If we can reach just one, we’ll be successful.”

It’s time we raised the bar.