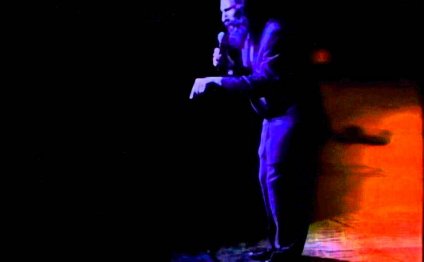 Yeshiva Boys Choir. Weve all heard their voices on the wildly popular CDs. A lot of us have seen their faces at their many concerts and performances. But who are they? How did the choir start? What sort of boys do they accept? Mishpacha Junior went backstage. We spoke to the composer, the director, the coordinator, a soloist, and a parent. And now well share with you the full story of one of your favorite boys choirs.

Eli Gerstner is a household name is the world of Jewish music. After the success of his solo and group albums, he dreamed of starting a boys choir. But he realized that doing so involved a lot more than getting together a group of boys. When youre dealing with fifty boys, there are a lot of chinuch issues involved,  Eli explains. I didnt want to do it until I could do it right.

In the meantime, Elis boyhood friend, Yossi Newman, was heading yeshiva choirs in Cleveland, Ohio. Yossi and Eli had been friends for years. In camp, Yossi would play the keyboard while Eli would accompany him on the drums. The two went to yeshiva in Eretz Yisroel together and played by Simchas Beis Hashoevas. Both men composed songs, and Eli had used some of Yossis songs on his tapes.

Now Yossi worked as a rebbe in yeshiva in Cleveland. He utilized his musical talents by heading three choirs and playing at simchas as a one-man band. He noticed that a number of the kids in his choirs were really talented and he thought of producing a tape together with them. It would be a small project  mainly for the boys and the people of the city. Yossi mentioned his idea to Eli. Eli offered to help him out and take the professionalism up a notch. Then, Eli called his distributor and discussed the idea with him. Eli,  said the distributor excitedly, this is the choir youve been waiting for. Do it, and go all the way.

Thus began a highly unusual arrangement. In New York, Eli would write the songs, music and harmonies. He would record them all and sent them to Yossi by overnight mail. Back in Cleveland, Yossi would teach the boys the songs. He would send tapes of auditions and practices to Eli. The two would talk frequently. Eli first met the choir boys when he came to Cleveland to check out recording studios.

The first Yeshivah Boys Choir CD came out just before Chanukah 2003, a year after Eli and Yossi first came up with the idea. I was very proud of this production,  says Eli, but when it started breaking records right after it appeared, I was amazed. I only realized how big a hit it was when a radio station in New York ran a broadcast about the CD. They invited me to a music store where they planned on recording our interview. I got there early, and people were already milling around. Ten minutes into the interview the police had to come and close off 13th Ave. And thats when I realized how big the choir really was.

The second CD (Vohavta Lreicach Komocho) followed two years later, and Yeshiva Boys Choir (YBC) Live came out that same year, breaking every sales record of any Jewish live production. Now the boys are busy recording the newest CD  Yeshiva Boys Choir 3 should be in your music stores by Purim.

After the success of the CD, the choir started performing in concerts. Since the boys were all in Cleveland, they would only accept engagements that were during school vacations. The boys would be bussed or flown to the concert location. The logistics started to become more and more complicated. And people in New York started begging Eli to start a choir there (as did people in England, Israel and Mexico). Finally, a year and half ago, Yossi picked up and moved to New York, and a new chapter began for the Yeshiva Boys Choir.

Eli and Yossi looked for a yeshiva to use as their base. They wanted the practices to be in a yeshiva building so the choir could be in a yeshiva atmosphere. A number of yeshivas vied for the opportunity. The pair chose South Shore Yeshiva in the Five Towns, because the yeshiva had the same vision for the choir that they did. Half of the choir boys learn in the yeshiva, and the other half come from all over New York. Eli built a recording studio especially for the choir, so the boys wouldnt have to go to a secular one to do recordings.

Although the choir originally started with fifty-five boys, they soon hit a glitch. Some stages couldnt fit all the boys. So the number was whittled down to about forty. How do Yossi and Eli pick boys for the choir? Obviously, we want nice voices,  says Eli, But we are looking for more than that. We want a good, solid Yeshiva boy (no pun intended) who can work well with others. Hundreds of kids want to join the choir. Despite the fact that there are currently no openings, Yossi still conducts three interviews a week. Before accepting anyone new, he speaks with him, his parents, and his school, to make sure hell be right for the choir.

Practice is every Sunday from 6-8 PM. Yossi works hard to make sure that the choir never interferes with school. Even though recordings for the disks often take place on weeknights, they never take place on Thursday when many boys have mishmar, and those sessions dont include any boys who learn late. We are the Yeshiva Boys Choir  and yeshiva comes before choir is one of Yossis mottos.

During rehearsals the boys learn the melodies as well as the dances that accompany the songs during live concerts. Yossi and his wife compose the dances, and then he teaches them to the boys. Interestingly, the choreography is a lot harder to learn than the vocals, and a great deal of time is spent mastering all the moves. The choir uses other acts as well. During some songs well have kids juggling, and at other times some of them will be doing complicated gymnastics,  says Yossi. We try to make use of any special talent a choir member may have.

The last few practices before a concert take place in full costume and are held in old age homes. The boys run through the entire performance, polishing their routines while doing a mitzvah by bringing joy to older people.

I really like Yossi,  says Akiva Ellbogen, one of the lead soloists. Even though it must be hard to teach songs to forty kids, he has a lot of patience and hes really nice. We all feel like hes our pal.

The parents are quick in their praise of the choir. The choir gave my son selfconfidence and a better sense of himself,  said one father. He had some solos recently and it was a great moment for us  watching him come out like that.

Eli and Yossi work hard to make sure the boys are proud of being in the choir  but not boastful. No autographs or pictures are allowed, and the boys are reunited with their families right after each show, avoiding backstage crowds. I tell... 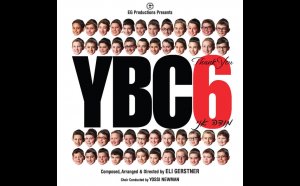 The Yeshiva Boys Choir (YBC) is a contemporary Jewish religious music boys choir. The choir is conducted by Yossi Newman… 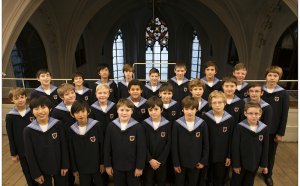 A truly prestigious live show, The Vienna Boys’ Choir (German: Wiener Sängerknaben) is a choir of boy sopranos and altos…