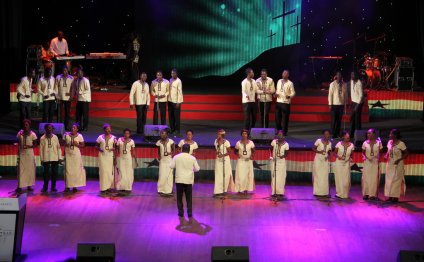 In May 1989, a young talented musician named George Mensah-Essilfie, who was then the principal organist of the Winneba Ebenezer Methodist Choir, came up with the brilliant idea of training the children who accompanied their parents to choir practice into a junior choir.

John Francis Arthur-Yamoah, who at the budding age of 14 was already an assistant conductor of the church choir, assisted him.

The two proceeded to increase the size of the choir using children selected from the Winneba Methodist Boys and Methodist Girls Schools, with the support of the Late Albert Benjamin Yamoah, and Mrs. Awotwe Pratt; who were the heads of the two schools; the late Jacob Sakyi Sackey, and a former Sunday school teacher, John Hayford..

With strong support from its founding patrons, led by the late Vice President H.E Kow Nkensen and Marian Arkaah, the novel and refreshing image of the choir gained national recognition through its maiden television performance in 1993.

Since then, the Winneba Youth Choir has become a beacon to the countless youth choirs that continue to be formed in Ghana, all committed to the attainment of the highest standards of music interpretation.

The Choir is currently made up of youngsters between the ages of 12 and 24 years who are Primary, Junior and Senior High School students in the coastal town of Winneba and its surrounding villages.

The Choir remains under the leadership of John Francis Arthur-Yamoah and is affiliated to the University of Education, Winneba-Ghana. It has been recognised by the International Federation for Choral Music (IFCM), of which it is a member, and also the accredited agency for Ghana’s recruitment into its World Youth Choir initiative.

The Choir also plays key roles in providing strategic direction to the establishment and growth of the African Federation for Choral Music.

Whilst remaining distinctively African, the Choir blends its repertoire with songs from all regions of the world. The Winneba Youth Choir boasts of being the only choir, which has performed for three visiting U.S.

Presidents in a row, (i.e. President Bill Clinton, President George Bush, and President Barrack Obama), Former German President H.E Horst and Mrs Eva Luisa Kohler as well as the Prince of Orange of the Netherlands and his wife. 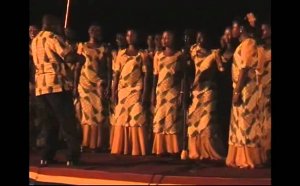