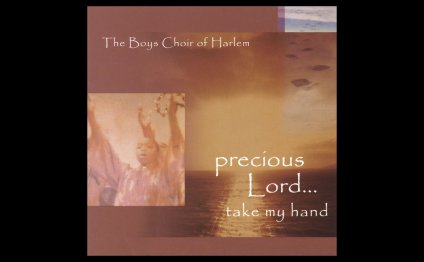 Many were surprised when took the stage at the 2015 Grammys on Sunday, Feb. 8, choosing to sing a gospel hymn instead of one of the sexy tracks off her much-nominated self-titled visual album. But the pop diva, 33, decided to send a message that was close to her heart during the live show's finale.

Singing "Take My Hand, Precious Lord" with an all-male choir of black men standing behind her was a very deliberate move on the part of the 20-time Grammy winner.

"I wanted to find real men that have lived, have struggled, cried, and have a life and a spirit about them, " she said in a newly released behind-the-scenes video called "'Take My Hand, Precious Lord': The Voices." "I felt like this is an opportunity to show the strength and vulnerability in black men." 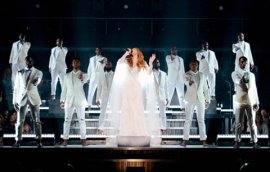 Beyonce performs "Take My Hand, Precious Lord" at the 2015 Grammy Awards with an all-male choir on Feb. 8. Kevin Mazur/WireImage.com

Beyonce chose to do this after a year plagued with race-related protests following the controversial deaths of Michael Brown, Eric Garner, and more.

Her powerful rendition of the classic anthem introduced the Oscar-nominated song "Glory, " which was sung by John Legend and rapper Common. Both "Glory" and another version of "Take My Hand, Precious Lord" were featured on the Selma soundtrack. 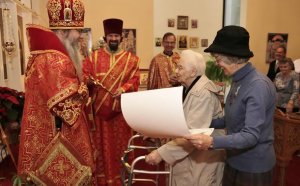 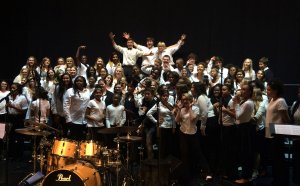