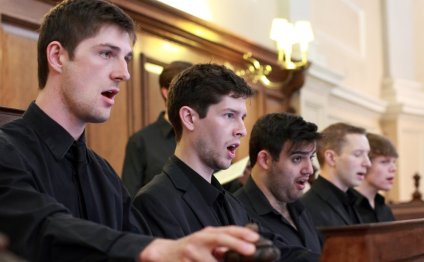 The University of San Diego's Choral Scholars is a vocal ensemble of 20 musically gifted students of high academic caliber. Founded in 1989, this elite choral ensemble of music majors and minors specializes in the performance of contemporary and early repertoire for the chamber choir.

Scholarships and Benefits of Participation

The Choral Scholars is one of the few collegiate choral ensembles in this country to fund every member with a significant scholarship. Awards are provided for 5 sopranos, 5 altos, 5 tenors and 5 basses. In addition, an accompanist and assistant conductor are awarded scholarship funding.

Beyond the substantial financial award that is applied towards tuition expenses, students in Choral Scholars are provided with private instruction in voice, advanced choral training, ongoing music theory development and numerous performance opportunities.

The University of San Diego's Choral Scholars is a vocal ensemble of twelve musically gifted students of high academic caliber. Founded in 1989, this elite choral ensemble of music majors and minors specializes in the performance of contemporary and early repertoire for the chamber choir.

Under the direction of Emilie Amrein, PhD, the Choral Scholars rehearse for four hours each week, with additional individual and sectional practice sessions arranged around student schedules. The ensemble maintains a busy performance schedule, appearing in two to three full concert performances each semester in addition to many smaller appearances at official USD functions. In recent years, the Choral Scholars have toured Italy, France, Poland, Hungary, Russia and the Czech Republic.

In addition to their rehearsal and performance duties, the Choral Scholars serve as soloists and section leaders for a variety of ensembles on campus and in the greater San Diego community. These additional leadership roles provide a robust pre-professional performance experience with some of the community's most highly regarded performing organizations.

Membership in the University of San Diego Choral Scholars is contingent upon an audition and interview each year. Prospective high school students should submit an unedited web-based, video recording of two contrasting art songs accompanied by piano by January 1. One of the two selections should be in a foreign language. Students selected to advance to the next round will be invited to campus for an audition and interview.

James talks about the Choral Scholarship Programme at ... 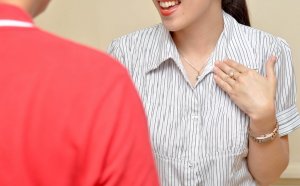 ★ Anonymous asked: You have a wonderful blog - seeing one of your posts is the highlight of my day! :) I have a question…