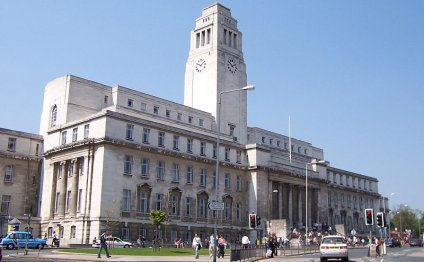 The Cathedral has five dedicated choirs which perform in rotation, singing at a total of eight services each week. Vespers and Mass are sung every weekday (except Friday) alongside the principal Sunday services. The music list contains details of the repertoire which the choirs sing at services.

9.30am Mass junior boys or junior girls
11.00am Mass boys or girls and adult choir

The first Organist and Master of the Choristers of the Cathedral was Arthur Grimshaw - a son of the famous Leeds painter, John Atkinson Grimshaw (1836-93). He was appointed in 1883 at the age of 18 and remained in post for 30 years. In 1903, the year before the opening of the present cathedral, Pope Pius X issued a Motu Proprio - a Papal decree - to restore to Roman Catholic worship the Gregorian chant, described as the supreme model of sacred music. Accordingly a choir of boys and men were formed with a repertoire centred on the chants of the mass.

Grimshaw was succeeded as organist in 1913 by Henry Alban Chambers, a boy treble in the Cathedral Choir, who at the time of his appointment was just eleven years old. In 1931 the post was taken over by Bernard F. Malone, a senior member of the choir. In the course of time Gerald B. Lyons, a senior chorister, began to assume responsibility for the Cathedral Boys section whilst Malone remained as organist. In 1953 Bishop Heenan announced the appointment of Fred Walker, previously organist of Birmingham Oratory, but his appointment was terminated after just twelve months in the post. Gerald Lyons then officially took over as choirmaster, remaining until 1969.

Leeds Cathedral, had since its opening in 1904, built up a splendid tradition of liturgical music based on Gregorian chant. Historically, this was led by a large choir of boys and men singing the chant largely from memory. In the 1960's, a narrow reading of the documents from the Second Vatican Council brought about a general devastation of Catholic church music, putting an end to many traditional boys' choirs throughout Europe. In Leeds, the Cathedral Choir was disbanded in 1968. In the following two decades limited resources were devoted to music: the organ eventually fell into disrepair and only small mixed voice adult choir sang at mass

Bishop Konstant's backing and practical support laid the groundwork for the rapid development of the present choral programme under the direction of Benjamin Saunders since 2002. Currently there are five Cathedral Choirs comprising a total of 110 members: junior boys, junior girls, senior boys, senior girls and adults. These choirs sing eight choral services of mass and vespers each week and in excess of 300 services every year. Choral Vespers are regularly broadcast from the Cathedral on BBC Radio 3 and the choirs can also be heard on both BBC Radio 2 and 4. There have been several recent broadcasts on BBC television, including Songs of Praise and Midnight Mass. The choirs have made recordings on the Herald AV label and now enjoy international distribution with their new CD's on the Brilliant Classics label.

To complement the Cathedral Choirs, a new Choir School project was inaugurated by Bishop Roche in 2010, with the aim that Holy Rosary and St Anne's School in Chapeltown should become the first state primary choir school in the country. The Choir School currently sings regular lunchtime masses at the Cathedral and future plans include the creation of a new purpose built music block, and the provision of resources to enable every child to learn to play a musical instrument. The Choral Director at the school is Sally Egan, a former vocal coach to the choristers of Westminster Cathedral and singing teacher with the choristers of Westminster Abbey.

The Choirs of Leeds Cathedral are part of the Diocese of Leeds Schools Singing Programme, the largest church programme of choral music for children and young people in the UK, currently enabling 2, 500 children to access high quality weekly singing sessions. The Schools Singing Programme comprises a total of 45 school choirs, working in some of the most deprived areas of Yorkshire. Professional Choral Directors lead the inclusive development and training choirs in schools, supporting opportunities for talented young singers to audition for one of the six boys' and six girls' choirs based in Bradford, Keighley, Huddersfield and Leeds. Christopher McElroy was the first Director of the Schools Singing Programme and was succeeded in 2011 by Thomas Leech. Established in 2003, the Schools Singing Programme has to date worked with over 10, 000 children and young people and the Leeds model has been copied widely by Anglican and Catholic cathedrals. As one of the largest youth programmes in the country, the catechetical, musical and educational rewards flow richly into the schools and the liturgical life of the Diocese of Leeds.

Boys of Leeds Parish Church Choir - Battle Hymn of the ... 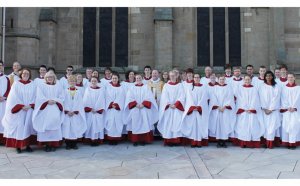 By E.H.B. ON A recent Thursday afternoon Westminter Abbey welcomed in its usual horde of worshippers. Filling not just the… 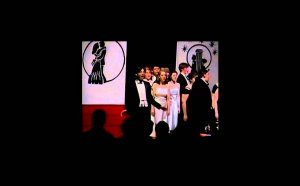