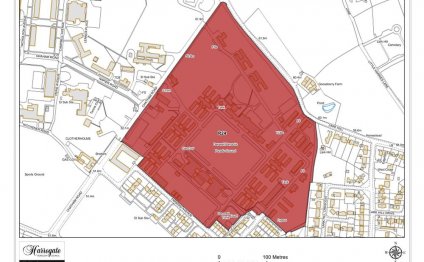 THE choir school at the country's oldest cathedral has been thrown into disarray after its first female head was forced to resign after a parents' revolt.

Four governors of Ripon Cathedral Choir School, including the Dean and the Marquess of Zetland, have resigned in protest after Susan Cave was driven out by parents because her husband was under investigation by the Law Society. Mrs Cave, 42, was appointed head of the North Yorkshire school in December but was forced to resign on the eve of her first term.

Last year, the Very Rev John Methuen, the Dean of Ripon Cathedral and the chair of governors, said the appointment of a woman - one of the first to become head of a choir school - had put the school "in the record books". A few weeks ago, however, in a twist which governors compare to the plot of a Joanna Trollope novel, she was told that her position was "untenable" as parents were threatening to withdraw their children from the school.

The marquess, a landowner and a prominent figure in horseracing, said Mrs Cave was highly qualified and her appointment had been agreed unanimously by the school's nine governors. He added that a number of parents had been dubious about a woman taking over.

One person had asked him: "Does she play cricket?" The marquess said: "We felt very strongly that she was a really good candidate. So it was a real shock when, a month before she was due to take up her duties, this whole thing happened." A large number of parents complained to the governors after they learned during the summer that the solicitor's firm run by Mrs Cave's husband Jeremy had closed and he was facing an investigation for alleged malpractice.

The marquess said: "Some people felt very strongly that she should not take up the post with her husband under suspicion. Some of us think that is complete nonsense, quite frankly. We resigned in protest against this unfortunate matter which we thought was very unfair. There comes a time when you can't fight because the pressure becomes so strong. But we felt this was an appalling mistake."

According to one parent, there was concern that the school's name could be "tainted" if Mrs Cave's husband, who is a senior coroner, was admonished by the Law Society. Mrs Cave, who was previously head of the pre-preparatory department at Aysgarth School, near Bedale, is believed to be considering legal action against the school.

The dean, who released a statement regretting the "tragic" loss of Mrs Cave, said that the cathedral, which was founded in 672, had a choral tradition dating from the Middle Ages, though the school began this century. He said: "The entire governing body deeply regretted that it was not possible to proceed with the appointment. It in no way reflects on Mrs Cave's abilities or qualifications."

The other two governors who resigned were Christopher Hirst, the headmaster of the independent Sedbergh school, and Hugh Millington, a public relations consultant. Mr Millington said: "The governors were in a dilemma. Did we take the parents' threat seriously or risk losing tens of thousands of pounds in school fees? The pressure just became too great."

Neither Mr or Mrs Cave would comment yesterday. Canon Robert Western, the acting headmaster, said that the school was now "calm". The row comes at a time when choir schools are facing difficulties attracting pupils. 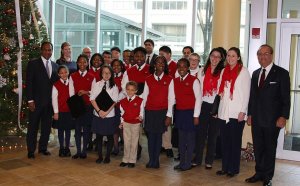 Summer Camp 2016! The perfect balance of learning & fun! The objective of our camp is to provide reading, math and…