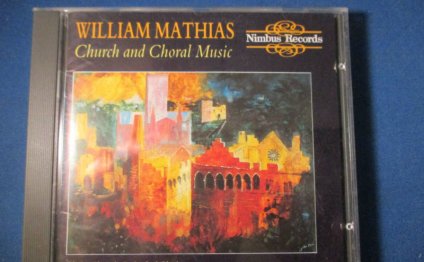 ARTIST-IN-RESIDENT & PRINCIPAL ORGANIST
Thomas Murray, the Principal Organist & Artist in Residence at Christ Church, is also University Organist and Professor of Music at Yale University, where he teaches and performs on the renowned Skinner organ in Woolsey Hall. Widely known for his interpretations of Romantic repertoire and orchestral transcriptions, his recordings are highly acclaimed. Professor Murray has appeared in recitals and lectures at six national conventions of the AGO, which named him International Artist of the Year for 1986. In 2003 he was named an honorary fellow of the Royal College of Organists in England, and in 2005 he was awarded the Gustave Stoeckel Award for excellence in teaching from the Yale University School of Music. He has made numerous recordings on the AFKA, Gothic, and JAV Labels.

Currently a graduate student at the Yale School of Music and Institute of Sacred Music, Weston Jennings studies with Prof. Thomas Murray. He began playing the organ at the age of sixteen and later graduated from the Interlochen Arts Academy in Michigan. At the Eastman School of Music, Weston earned his Bachelor of Music Degree and the Performer’s Certificate. He recently completed two years in England as the Organ Scholar of Canterbury Cathedral and Chelmsford Cathedral. During this time, he was also appointed the first Organ Scholar to the Royal Festival Hall, London. Following his recital debut at The Kennedy Center (Washington, DC) in 2009, he has performed across the United States and Europe, including Westminster Abbey (London), Saint Thomas Church Fifth Avenue (New York), The Cathedral of Our Lady of the Angels (Los Angeles), The Cathedral Basilica of the Immaculate Conception (Denver) and the Berliner Dom (Germany). For more information, visit www.westonjennings.com. 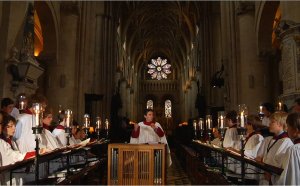 Although Christ Church Cathedral Choir is 500 years old, it is justly famous for the youthfulness of its sound and its daring… 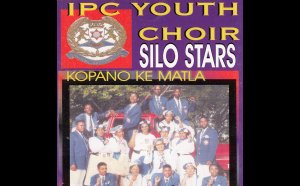