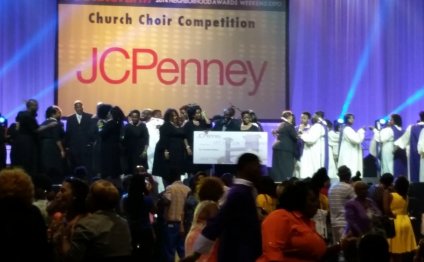 The humble brick building that holds Acme Missionary Baptist Church looks far from heavenly. But on Sundays, it thunders as the Acme choir fills the place with voices of praise.

Now those voices - sometimes floating harmonies so soft they give goose bumps, other times belting out old-fashioned, hand-clapping, foot-stomping medleys that whip people out of their seats - have carried far beyond Acme's South Side home.

For the first time since it began singing in 1951, the Voices of Acme choir this year entered a national music contest. And last month it did the unimaginable: It won the $25, 000 top prize, earning the title of best church choir in America.

"We don't have a large church. We don't have a big name, " said Pastor Bernard Sutton. "The fact that the Lord could do something like this through us, it's phenomenal. It's almost like the story of Jesus, when they asked: Can anything good come out of Nazareth?"

The prize money will help pay for a new church building for Acme's 700-member congregation, Sutton said. And still basking in the excitement of its win, the Voices of Acme choir keeps singing.

Flooded with requests to sing at events in Chicago and across the country, the choir heads Thursday to Los Angeles for a television appearance on "The Bonnie Hunt Show." Next month, there's a halftime show for the Women's National Basketball Association.

But choir members are praying for something bigger: the chance to sing at the inauguration of Barack Obama. The choir applied for the historic event and is waiting for a response.

"It would be wonderful to be a part of that history, " said Monique Newburn-Lane, 33, who entered Acme in the competition, which had its final sing-off last month in Atlanta. "The world could see that not only does the president come from Chicago, but so does the best choir in the nation. It would complete the Chicago connection."

During the Verizon Wireless "How Sweet the Sound" Gospel competition, Acme faced some of the nation's biggest and best church choirs, each with a distinctive sound and style. 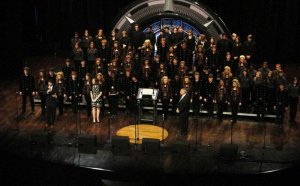