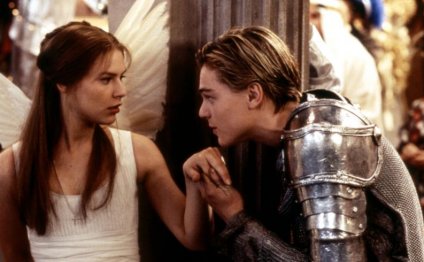 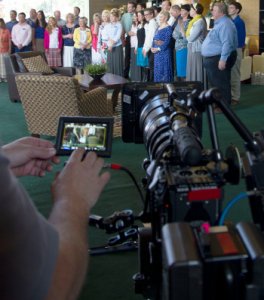 “This is an opportunity for us to share the message of the choir with … an audience who will see and hear us, not just listen to us.” —Ron Jarrett, Mormon Tabernacle Choir president

A feature-length fictional motion picture about a woman’s experiences in joining the Mormon Tabernacle Choir, even as she deals with the joys, conflicts, and tragedies in her life and in the lives of her family, has just been released to theaters in Utah and selected areas elsewhere.

Singing with Angels was shot on Temple Square, in the Salt Lake Tabernacle, and other locations and features the choir itself, although the choir’s musical director and its president are fictional portrayals.

The choir’s real-life president, Ron Jarrett, said he could scarcely contain his excitement when the idea for the movie was proposed to choir officers in 2014.

“This is an opportunity for us to share the message of the choir with a new audience, a different audience, an audience who will see and hear us, not just listen to us, ” Brother Jarrett said March 1 at an advance screening of the movie for invited guests at the Jordan Commons Megaplex theaters in Sandy.

“It will reach different ages, ” he said of the film. “That’s where we’re going with the choir, hopefully reaching all the various ages all throughout the world. Every time we have an opportunity to share, we would like to share.

“This movie does a wonderful job of talking about families and the resilience that families can obtain and then ties in the story of what it might be like if you were singing in the choir.”

Brother Jarrett said viewers of the movie will go away with a message unique to each individual. “It will resonate with you as it does with each of us in its own way. But overall you will feel very uplifted and very inspired. 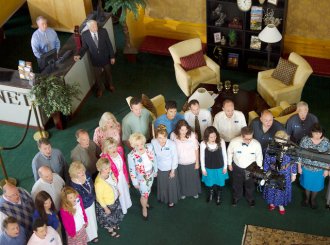 Director Brian Brough addressed the audience, which included Elder D. Todd Christofferson of the Quorum of the Twelve Apostles and other General Authorities, members of the Utah Film Commission, the movie’s cast and crew, and other guests.

He spoke of the process of making the movie.

The Mormon Tabernacle Choir takes part in the filming of Singing with Angels at Abravanel Hall in Salt Lake City, Thursday, May 7, 2015. Photo by Chris Samuels, Deseret News.

“We started off talking with President Jarrett and various choir members, ” he said. The choir president sent out email invitations to all of the choir members asking them to share experiences they have had over the years in participating with the choir.

“And we even reached out to past choir members, ” he said. “We talked to former choir directors. We spent a lot of time reading different stories. We looked through old newsletters, trying to get as much information and as much insight as possible.”

From that raw material, Brother Brough and his sister, screenwriter Brittany Wiscombe, shaped a fictional composite character who represents various people and various experiences “as we follow this one woman’s journey, ” the director said.

Singing with Angels is released by Candlelight Media and stars Sarah Kent, Scott Christopher, and Anne Sward. For more information, go to the movie’s website. 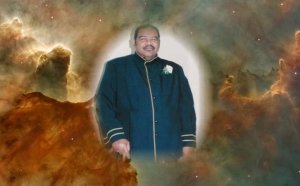 Choir robes in your style and colors. Find the perfect choir stoles or choir gowns for your group. Custom made church choir… 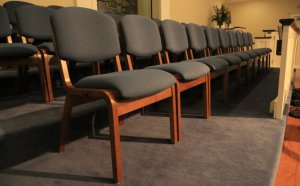 Wood Choir Chairs and Church Chairs by Dumas Manufacturing are available in variety of styles, wood types, finishes and upholstery…