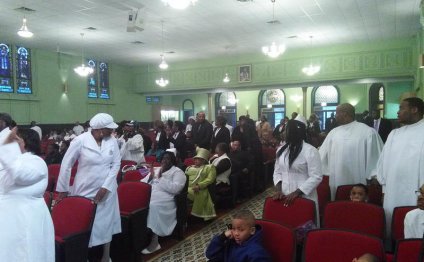 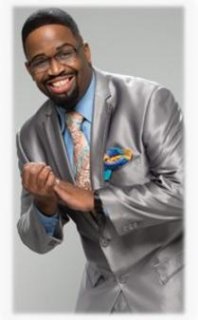 The Cosmopolitan Church of Prayer Choir was organized by its Founder, Dr. Charles G. Hayes on October 25, 1959. The Choir was organized with only five (5) persons – consisting of a family of sisters and brothers. As the years passed, the Choir grew and grew, from the original five members to its present count.

The Cosmopolitan Church of Prayer Choir has recorded over 30 albums and five single 45’s throughout the past 50 YEARS. Out of the thirty plus albums, two went “GOLD” (over 50, 000 copies sold), and others made the No. 1 spot on the charts around the world. “The Remix” recording in particular, not only went “GOLD”, it was also notes as “The #1 Inspirational Song” according to the R&R Magazine and earned the Choir two Stellar Awards in 2006 for" Choir of the Year” and “ Video of the Year.”

The Choir has performed with such great artists as the late Mahalia Jackson - the “World’s Greatest Gospel Singer”, the late Clara Ward and Singers, the late Ruth Davis and Singers, Evangelist Shirley Caesar and Singers, Rev. James Cleveland and Singers, and many more. The Choir has sung in Auditoriums, theatres, fair grounds, ball parks, civic center, store-front churches, Jewish temples, from the smallest to the largest, with all races involved at the same time.

‘The Mighty “WARRIORS”’ have performed for the Chicago Gospel Festival, and by popular demand, was invited back to the Petrillo Bank Shell on several occasions. In June 1992, Dr. Hayes and the Choir were saluted by the Mayor and City of Chicago for Outstanding Service in the Religious Community. In July 1992, and again by special request in 1995, the Cosmopolitan Church of Prayer Choir represented the City of Chicago in the Umbria Jazz Festival held in various provinces throughout Italy, performing with such greats as B.B. King, Linda Hopkins, etc. The choir also performed in Austria, France, singing for the President of that Country, Portugeese, Madrid, and several other countries abroad. They were invited and sang at the Montreaux Jazz Festival in Montreaux, Switzerland, where they performed with the world famous Mighty Clouds of Joy. The Choir since traveled abroad to Spain twice and brought in 2007 in Italy (singing in various countries: Portugeese, – Lifting Up The Name Of Jesus!

After more than 50 YEARS, the Choir is still recording, and is considered as one of the world’s greatest Traditional Gospel Singing Choirs. As a contribution to Chicago-land, the Choir’s home base, the Cosmopolitan Church of Prayer Choir presents their Pre-Memorial Day Midnight Musical each year, and for more than thirty years, this event, starting at 12-Midnight, has attracted over three thousand (3, 000) persons with a ticket fee, standing room only, in most cases, if not a turn away crown. God has truly blessed this Choir. The Pre-Memorial Day Midnight Musical has been such a success, that many others have copied it, and now present their own. The credit and vision goes to it’s Founder and Pastor, Dr. Charles G. Hayes.

His Will - Cosmopolitan Church of Prayer Choir