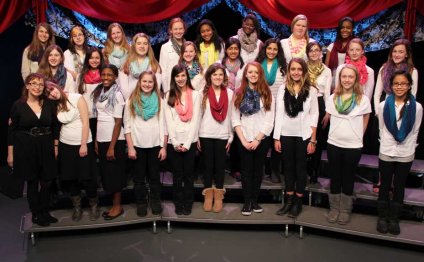 A recent Chorus America report estimates that there are over 250, 000 choruses in the U.S.―12, 000 (professional and community), 38, 000 (school), and 200, 000 (church). Those numbers suggest two things to me: 1) there must be something fun/interesting/satisfying about that kind of music making if it attracts so many people, and 2) that’s quite a large group of potential performers for new music.

There’s always room for new good literature in any genre, but composing for chorus can be particularly rewarding. You become part of a truly established tradition, choral concerts have a built-in audience of friends of relatives, and choruses exist everywhere.

Speaking personally, my attraction to choral music is just like my attraction to anything else: nothing sounds quite like it, and it can do things that no other ensemble can do. The following observations and guidelines are a reflection on my own perceptions, and I share them with you in the hope that they will stimulate your own thinking about writing for chorus. Shouldn’t your composing diet include choral music?

The word “chorus” is often loosely applied to various vocal ensembles, so it might be good to start out with a definition. The classic choral sound consists of multiple singers on a single voice part. While there are excellent one-on-a-part ensembles, multiple voices on a part really defines the choral sound.

Mixed chorus (traditional soprano, alto, tenor, and bass voices) is what most people think of when they imagine the choral sound. Treble chorus (soprano and alto voices) and male chorus (tenor and bass voices) are also standard ensemble types. Sometimes treble chorus is used interchangeably with children’s chorus, although not all treble choir music is intended for children. Most of my comments will apply equally to all types of choral music.

A chamber choir (whether mixed, treble, or male) usually numbers between 12 and 20 individual singers, distributed evenly between the voice parts. It may range up to about 30 singers. Larger choruses (up into the hundreds) are actually quite common. In some cases, 8 singers can make a good choral sound, but music with independent lines tends to emphasize the individual voices in an ensemble that small.

Voicing that patterns itself after the harmonic series (wide intervals on the bottom, narrow ones on the top) can keep things clear, especially in more complex sonorities. However, this must be weighed against tessitura issues, the most important of which is the tendency of the basses to drop off severely in volume as they get to the lower end of the staff. Chords forte or louder may be unbalanced if the basses are at F (sometimes even G) or lower. At the other end of the scale, high tenor notes may be too prominent in louder dynamics. They have a ring unlike anything else (which can be used to an advantage). In general, at loud dynamics, keep the tessitura conservative for all voice parts if you want pitch clarity throughout. Also, be aware that long passages of unrelieved extreme tessitura (high or low) are fatiguing to sing.

A fundamental aural concept of a chorus is that it is a more diffuse band of sound in comparison to almost any instrumental ensemble. Even simple simultaneous cross-rhythms are often perceived as mere texture. It takes fewer individual notes in a closely voiced chord to produce a dense cluster, but even a single voice part singing a unison line can be a satisfying and complex sound. Two voice parts singing in octaves or twelfths also has a richness all its own.

One of the surest ways to dull choral writing is to have all voice parts singing all the time, especially in homophonic passages. Using fewer voices doesn’t necessarily mean fewer pitches; divisi passages are common throughout the literature. Divisi a 2 is the most natural and is easiest to balance. Many choirs, especially large community choirs, will find divisi among the sopranos and altos a little more manageable than among tenors and basses. Although with more advanced choirs, divisi in all parts is idiomatic. Another way to obtain textural variety is to consider a short passage for solo voice. Incidental solos within the chorus are found frequently.

Doubling voices with instruments, especially piano, is not necessarily the best way to ensure pitch stability. Voices in a chorus hear and tune to each other more comfortably than they do to an “external” sound that’s 15 feet away. Tuning with the person next to you happens without too much conscious effort. Remember, it’s a built-in part of our biological equipment to be particularly sensitive to vocal sounds. For any chorus and instrument combination, more independence in the instruments and less straight doubling will result in a better overall sound. A simple reinforcement of important pitches in a line or decoration around the sung material are possibilities to explore.

Note that consecutive wide melodic intervals are difficult to manage vocally, even for professional ensembles. Whether chromatic or diatonic, a preponderance of stepwise motion is more natural for singers. For non-professional choruses especially, consider using repeated patterns or intervallic motion that implies a perceptible harmonic structure. Individual voice parts that are relatively simple melodically can be layered to produce a very complex (and ear-catching) vertical texture.