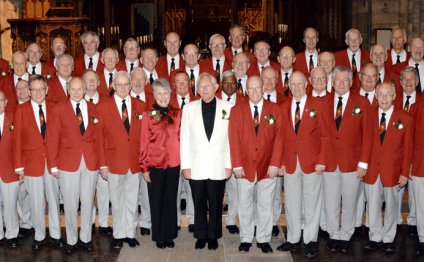 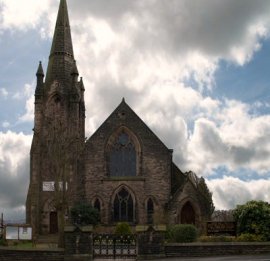 Tickets are obtainable from our Concert Secretary.

This is a joint concert with Otley Brass Band in support of the work of Manorlands Hospice.

At our concert in St Peter’s Church, Shipley on 27th Feb 2016, we performed The Colliers’ Requiem from the cantata Fell ‘Em Doon by Derek Hobbs. This piece has become a real favourite with the choir and our audiences. The closure of the Kellingley Colliery, UK’s last deep coal mine, in December 2015 has given the song even deeper significance. 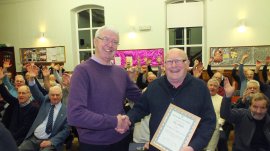 As the song says “One by one, the mines have come and gone – now there’s none”

At Monday’s rehearsal, the choir gave a resounding welcome back to Eric Parker, who had been missing with health problems since before Christmas. In addition to being a stalwart member of the Bass section and the Choir Committee, for the past six years, Eric has carried out the combined roles of Concert Secretary, Press and Publicity Officer and also administered the sales of concert tickets. A huge job indeed and time for a well earned retirement from these roles, so we took the opportunity to present Eric with a Certificate of Appreciation as a token of our regard for him and all the work he has done.

It had been decided that Eric’s role should not be passed on to one man alone, so in his place we have George Hladowski as Concert Secretary and David Barraclough as Press and Publicity Officer (see the Contacts page for details). Eric will continue to have a role in the sale of tickets to the public, but he will now have the assistance of Charles Sowden.

Sunday afternoon is not our usual time for a concert nor is the Octagon in Sandbeds, Keighley a typical venue for us. However last year’s concert with Ladies Choir, Opus 44 at the same time and place had been such a success, we definitely lookedforward to repeating the experience. 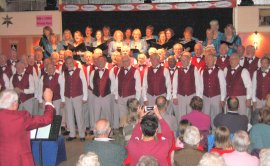 Opus 44 are a highly accomplished choir and their well-chosen programme showed them at their very best, and the more robust (and definitely more masculine!) qualities of Steeton MVC made for an extremely well-balanced concert, much-appreciated by the full and enthusiastic audience.

The concert closed by the two choirs joining forces in Handel’s Hallelujah chorus and considering we had never sung this together before (not even to practice) it went extremely well.

We really look forward to singing with Opus 44 again soon!

Do make a point of coming to our ever-popular end-of-year concert in Skipton Parish Church (the one at the top of the High Street). The choir will be singing some of our favourite pieces (plus some new ones!).

There will also be seasonable refreshments in the form of wine and mince pies. Plus, the audience will have the opportunity to sing with the choir in a few well-loved carols.

Note that this is a Sunday afternoon concert, starting at 2.30pm! It will be a joint concert with our friends Opus 44 Ladies Choir.

Be sure to tune in on the morning of Saturday, 19th September when the choir will be singing live on Nick Ahad’s Saturday morning show. There will also be interviews with members of the choir.

Steeton Male Voice Choir sing Let It Be Me