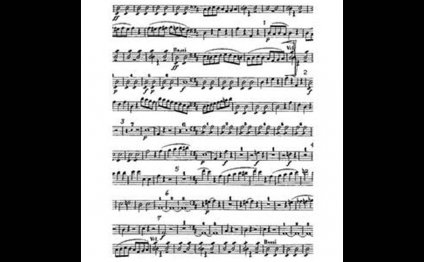 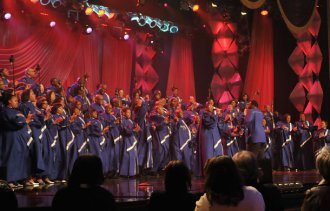 Ken Harding, president of New Haven Records, recently announced that the label has re-signed the legendary Chicago Mass Choir to a multi-album record deal. The internationally acclaimed group, which has released five CDs and accompanying DVDs on the New Haven label since 2001, has just finished production on its 16th recording. Entitled “We Give You Praise, “ the new CD was helmed by award-winning producers Percy Gray, Jr. and Jeral Gray, Sr.

Known for such stellar hits as “Holy Ghost Power, ” “I Pray We’ll Be Ready, ” “Mighty Good God, ” and “God is My Everything, ” Chicago Mass Choir has become an Internet sensation of late with almost 20 million collective YouTube views of its performances. New Haven has already produced four video clips to be released in conjunction with “We Give You Praise.“

Producer Percy Gray is exuberant about this new release: “This project is filled with traditional worship and praise songs for the choir. Get it for your Sunday church service—it’ll really bless you!”

New Haven’s Ken Harding echoes Gray’s enthusiasm; “In my opinion, ‘We Give You Praise’ is their finest recording to date; and this is especially fitting since this is Chicago Mass Choir’s 25th anniversary in ministry.”

Dr. Feranda Williamson, the group’s president and CEO, reflects: “God’s faithfulness has been poured out on Chicago Mass Choir for the past 25 years. His blessings and favor culminate in this new CD, which we pray will bless and encourage people around the world!”

New Haven Records plans to release the first single, “Thank You, Thank You Jesus, ” to radio in a few days. The single will be available via digital music outlets beginning Sept. 11. The full CD will release to both retail and digital outlets in early 2016.