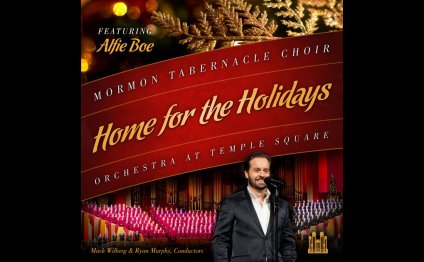 Alfie Boe—British tenor, recording artist, and opera and Broadway star—“relished every moment” of singing with the Mormon Tabernacle Choir. “It was a once in a lifetime experience, ” he said of his guest experience in 2012. Boe came to the Conference Center stage known for his work as a Tony Award winner for his role in La Bohème, as prisoner-turned-mayor Jean Valjean in the internationally acclaimed London production celebrating the 25th anniversary of Les Misérables, and as guest artist at Queen Elizabeth’s Diamond Jubilee Concert singing from the balcony of Buckingham Palace.

“I have sung with many choirs around the world, but this was something really special."

Singing with the Mormon Tabernacle Choir has become a highlight of his career. “I have sung with many choirs around the world, but this was something really special, ” he said. He couldn't believe the number of people and the magnitude of the Conference Center venue, but when he started to sing he reported that suddenly “it felt so intimate.” In addition to beautiful Christmas music, he brought the audience members to their feet for his moving performance of “Bring Him Home.” He later explained that the title of the song is really called “The Prayer” and “if you have that in mind that you are actually singing a prayer it comes across really well and that’s the beauty of it.”

When You Wish Upon a Star - Mormon Tabernacle Choir

Hark! The Herald Angels Sing - Alfie Boe and the Mormon ...