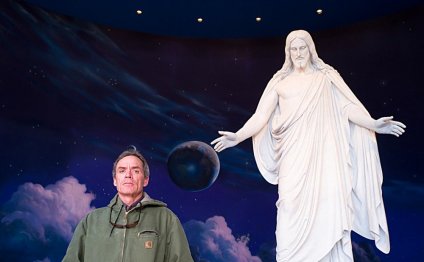 William Clayton, a member of the first company of Mormon pioneers to trek westward out of Nauvoo, wrote the lyrics to “Come, Come, Ye Saints.” The song quickly became a favorite among the Saints traveling west. In fact, in many camps, it was a rule that when anybody started singing the hymn, everyone in the camp should join in.

“Come, Come, Ye Saints” continues to be a favorite among members of The Church of Jesus Christ of Latter-day Saints. The song, which Clayton wrote after receiving news that his wife had given birth to a health baby boy, is included twice in the current hymnbook, once as a traditional hymn and again as a men’s arrangement.

Clayton also invented an early version of the odometer. The invention was chronicled in an episode of the Mormon Channel’s History of Hymns. An excerpt is below:

Clayton is credited with inventing a version of the modern odometer, during this trip across the plains from Missouri to Utah, with the help of Apostle and mathematician Orson Pratt. Clayton was assigned to record the number of miles the company traveled each day. After three weeks, he tired of personally counting the revolutions of a wagon wheel and computing the day’s distance by multiplying the count by the wheel’s circumference. After consulting with Pratt, he developed a design consisting of a set of wooden cog wheels attached to the hub of a wagon wheel, with the mechanism “counting” or recording by position the revolutions of the wheel. The apparatus was built by the company’s carpenter, Appleton Milo Harmon. Clayton’s journal records: “About noon today Brother Appleton Harmon completed the machinery on the wagon called a ‘roadometer’ by adding a wheel to revolve once in ten miles, showing each mile and also each quarter mile we travel, and then casing the whole over so as to secure it from the weather.” The “roadometer” was first used on the morning of May 12, 1847.