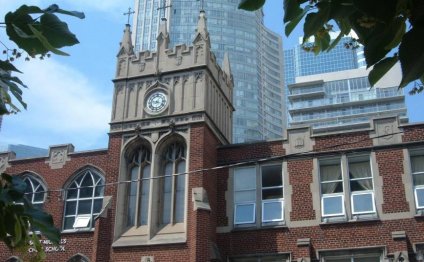 CAMBRIDGE — Early on a cold December morning, in a classroom near Harvard Square, four dozen boys in black cassocks and white surplices are rehearsing an unfamiliar hymn before the 8 a.m. Mass. Eyes dart between their hymnals and the young Englishman standing before them, the new music director of the Boston Archdiocesan Choir School, John Robinson.

At first the boys’ voices sound reedy and a bit scattered. But Robinson draws them in with crisp direction, guiding them through the difficult parts, entreating them to sing more boldly, more clearly. Slowly the choir awakens, and the hymn’s mournful melody engulfs the room.

The only Catholic boys’ choir school in the country is relying on the 27-year-old Robinson, a former assistant organist at the Canterbury Cathedral and a product of the Anglican choir school tradition, to lead it into a new era. He will need all the confidence he can muster.

The choir once sang in Paris and Rome and performed with the Boston Pops and the Boston Symphony Orchestra, but in recent years it has drifted from the public eye, becoming a kind of well-kept secret of its home parish, St. Paul’s, and admissions officers at well-regarded high schools.

Enrollment this year slipped to 50, well below the capacity of 60 boys in grades 5 through 8, a trend related to the overall enrollment decline in Catholic schools, from which the choir school has traditionally recruited most of its students.

The school, which relies partly on donations, also faces financial challenges as it works to enrich its academic and music programs. There has been substantial personnel turnover, as well; four full-time faculty members, including the principal, left last spring.

The retirement of longtime music director John Dunn has left the school for the first time in its 47-year history without a direct musical descendant of its visionary founder, Theodore Marier, a renowned figure in US Catholic music. It will be up to Robinson to lead the school’s musical program into the 21st century.

“They are at a very crucial moment in terms of their future, and it’s a dangerous moment, too, ’’ said Mark Dwyer, organist and choirmaster at The Church of the Advent, an Episcopal parish on Beacon Hill. Dwyer, a member of the committee that hired Robinson, said, “John is taking on an awful lot, because the institutional memory has now left. . . . He has a real opportunity to mold and shape the future.’’

Robinson, however, seems undaunted. It is just the kind of senior position he had been aching for, but one that would probably have taken him years to attain back home in England.

“When the job came up here, it took me a while to realize what I’d stumbled on, that this place really is, and could be, as good as the great choir schools, ’’ said Robinson. “It’s got wonderful resources and really keen, enthusiastic people to work with.’’

Choir schools, an outgrowth of European cathedral culture, are rare in the United States. Those that do exist are secular, coed, or, like St. Thomas Choir School in Manhattan, Episcopal, modeled after the Anglican choir schools that have flourished for centuries in Britain’s cathedral cities.

Boston Catholics have a choir school because of Marier, an organist, composer, and scholar who became choir director of St. Paul’s in 1947 and, in the decades following World War II, a leading force in Catholic music. Marier was an early proponent of lay participation in the Mass, as well as an advocate of Gregorian chant.

Sung Mass remains a cherished tradition at St. Paul’s, and the choirboys sing at the 8 a.m. service Tuesday through Friday and the 11 a.m. service Sunday.

“The singing helps to elevate one’s spirit and helps to elevate the understanding that we are engaged in the celebration of the sacred liturgy, ’’ said the Rev. Michael Drea, pastor of St. Paul’s. 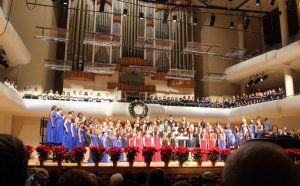 You can hear the Alabama Choir School during its annual winter concerts this week. The performances will feature a variety… 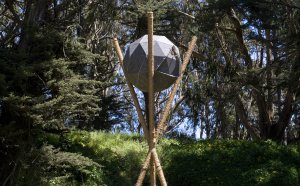 Madrigals Madrigals is a year-long course open to advanced singers by audition only in grades 10-12. Students are expected…