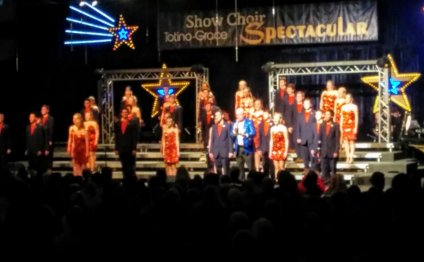 In the late 1950s, the Archdiocese of St. Paul and Minneapolis in Minnesota sought to expand the number of Catholic high schools in the Twin Cities area. At this same time, Monsignor Joseph Lapinski, pastor of Immaculate Conception Parish in Columbia Heights, purchased some land in nearby Fridley in the hope that the Archdiocese would build one of these new high schools there. Approval for a new high school in Fridley was soon given, and in 1965, the Christian Brothers accepted responsibility for administration of the school. The School Sisters of Notre Dame joined the Brothers in this task, and opened Archbishop Grace High School in September 1966, with 175 freshmen. The first graduating class was the Class of 1970.

From its very beginning, the Brothers and Sisters welcomed the presence of laymen and laywomen as their colleagues in every area of the school's operation. To this day, these men and women have provided the continuity of spirit and tradition that is one of the school's strengths. The school grew throughout the late 1960s and early 1970s. In 1970, the Christian Brothers informed the Archdiocese that they could no longer be personally responsible for the financial operation of the school, and a lay Corporate Board was begun to formulate policy for the school.

The school was originally named to honor Archbishop Thomas L. Grace, an early Minnesota bishop who was a pioneer in education. In 1980, the name of the school was augmented to Totino-Grace to honor the generous benefaction of Jim and Rose Totino, entrepreneurs in the frozen pizza business. Today Totino-Grace is one of the largest (with a student population of approximately 800) of the thirteen Catholic high schools in the Archdiocese of St. Paul and Minneapolis.

The school's long association with the Christian Brothers and its support of the Lasallian educational mission led Totino-Grace to declare itself to be a Lasallian School in 1997. Totino-Grace is now part of a worldwide network of Lasallian Schools with approximately 5000 Brothers and 70, 000 lay colleagues teaching nearly one million students in eighty-two countries. Lasallian educators believe that to touch the hearts of the children entrusted to them is the greatest miracle of all.

On July 2nd, 2013, the school President, Dr. William Hudson resigned and disclosed that he had been in an 18 year long same-sex relationship.

Totino-Grace also terminated the employment of English and religion teacher Kristen Ostendorf in August of 2013 two days after coming out as a lesbian. Ostendorf taught at Totino-Grace High School without issue for 18 years but was summarily dismissed when she refused to resign willingly from her position. When asked why she came out as a lesbian despite the obvious threat to her job, Ostendorf stated that she found herself unwilling to remain "part of a community where I was required to hide and compromise and deny who I am."

Totino-Grace is widely know throughout the country for the choir and band programs. Under the Direction of Terrance Voss (choir) and Tim Hoffman (band), the performing arts at Totino-Grace have grown immensely in popularity and esteem or the past few years. They have performed in many ceremonies, such as their performances with the Minnesota National Guard Band in 2012 or most recently at The 50th Anniversary of the Assassination of John F. Kennedy Ceremony in Washington D.C. in January 2013.

Much like the Totino-Grace academic choir, the school's varsity show choir, "Company of Singers", has had great success since its beginning. Under the direction of Terry Voss and Tim Hoffman, along with assistant directors Heather Douglas and Brian Salzer, the group is an all student ensemble, with accompanying crew and band. Over the past decade they have grown into one of the most recognizable show choirs in the country. After their perfect season in 2010 where the group swept at all of their competitions, the groups has gone on to compete both the FAME Nationals and the National Competition in Nashville, Tennessee.