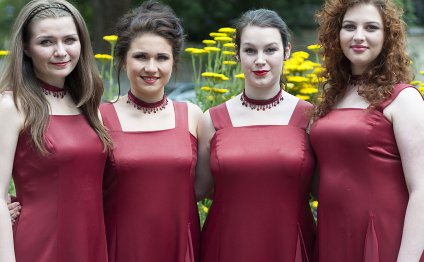 The Cantamus Girls Choir is a choir based in Mansfield, Nottinghamshire and consists of approximately forty girls aged between thirteen and nineteen. The choir was founded in 1968 by two married couples: Pamela (Director) and Geoffrey Thompson (Treasurer), and Sheila (Secretary) and Ivan Haslam (Tickets/CD A Junior Choir was added in 1992 taking girls aged 9, who graduate into the Senior Choir at an appropriate time.

Michael Neaum became the accompanist in 1976 and retired officially in 2006. Ann Irons joined as Assistant Director in 1976. Elaine Guy was a former member and became a Vocal Tutor in 1983. Joy Nicol became a Vocal Tutor in 1995 but died in 2010, aged 45. Philip Robinson was appointed an accompanist in 2006. Notable titles are the Choir of the World title at the 1997 Llangollen Eisteddfod, Olympic Champions title at the World Choir Games in 2004 and 2006, and the Grand Prix award at the Riva de Garda Festival in 1996.

In December 2005, the choir recorded the EMI Album 'Cantamus' one track of which entered the UK Singles Chart with their cover version of "Everybody's Gotta Learn Sometime".

In 2013 Pamela Cook died, and the baton was passed to Ann Irons with Elaine Guy as Assistant. Tributes from former students, associates and friends from all over the globe poured in, recognising her amazing contribution to their lives and to choral music generally. She was due to receive an honorary degree from Nottingham University but died before it could be awarded. This would have added to all her other awards - MBE, Fellowships of both Birmingham Conservatoire and the Royal Academy of Music, and many others. She is to be commemorated in Mansfield with her sculptured head to be displayed in the Palace Theatre and by the commissioning of a special choral work dedicated to her.

Cantamus's major achievements were when the Senior Choir competed at the 4th World Choir Games in Xiamen, China in July 2006, winning two gold medals, and achieved the highest mark of the competition with a score of 89.13. The choir gave its first public concert in 1968 since when more than 400 girls have sung with Cantamus.

Cantamus Girls Choir - UK singing You Raise Me Up

The Cantamus Girls Choir - Fix You 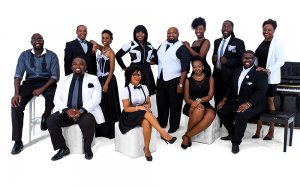 For the past three decades, the Boys Choir of Harlem enraptured audiences around the world. But representatives of the choir…